I often see those “My Mom is My Hero” stories floating around on social media, especially this time of year. My three teens used to bring home assignments from school with that sort of title on it years ago. Although they certainly still give me hugs and even homemade cards on occasion, they haven’t written anything like that lately. Especially after the way I hollered impatiently the other night and then overbaked the enchiladas.

But maybe, someday, they’ll write a story along those lines again.

Moms Should Think of Themselves as Heroes

A story about a mom who often failed, but in the trying:

Someday maybe they’ll write that their mom busted her butt to do the best she could, the only way she knew how. Not because she thought of herself as a hero or wanted a story written about her but because being the mother of three remarkable humans was and always will be the greatest honor of her life, and she didn’t want to blow it. 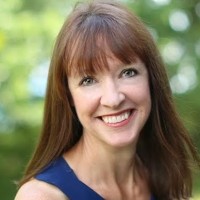 Minnesota native Julie Jo Severson grew up dreaming of working in a newsroom like Mary on The Mary Tyler Moore Show. These days she’s a freelance journalist and editor living in a Minneapolis suburb with her husband and three teens. With a longtime passion for preserving life’s rich and whimsical stories before they fade away, Severson launched the blog Carvings on a Desk, cocurated the anthology Here in the Middle, and works with individuals to record their personal histories for future generations.