My kids are getting old. And I don’t like it.

Now that they’re in high school and college, my kids don’t need me anymore in the same ways they used to and I miss being needed as somebody’s mom. 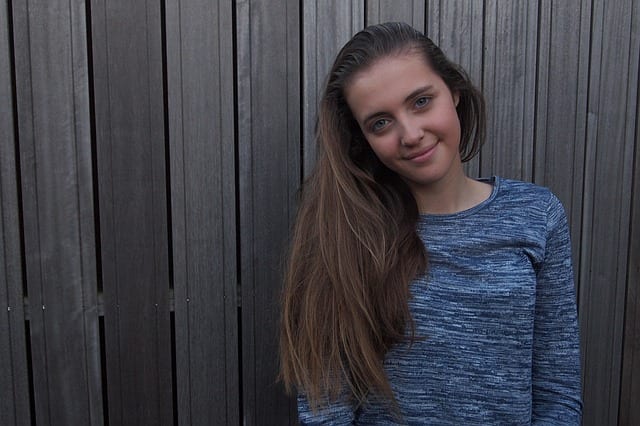 I know, that’s a slight contradiction, but it’s how I really feel.

I guess what I’ve realized is that I’m just not ready for my kids not to need me for all the little things anymore. Because the farther away I get from doing those little things—like wiping their mouth and braiding their hair and tying their shoes—the more I miss them. And while I recognize that it would look slightly odd if I licked my finger and wiped the tomato sauce off my eighteen year old’s chin when we’re out to dinner, I still sometimes feel the urge.

It’s the yin and the yang of parenting, I guess.

Funny how when we’re in the thick of their youth and our kids constantly need us—for absolutely everything—we just wish they could fend for themselves. And as soon as they reach the age when they’re old enough to self-soothe or walk downtown on their own or keep secrets, that urge to be needed starts bubbling up again.

Don’t get me wrong, I’ve learned to appreciate the fact that my girls don’t need my help going to the bathroom anymore or zippering their hoodies or cutting up their food. After all those years of needing my help to do those little things, it’s rewarding to watch them come out of the mall bathroom fully zipped up, knowing that I was the one who taught them how to do it. Life skills.

It’s beautiful to watch our kids go from depending on us for every single human need when they’re babies, to walking and eating and dressing and driving and living on their own. That’s the natural order of things. Right? Of course it is. But it still doesn’t change the fact that I sometimes still feel hollow inside when they’re so damn self-sufficient.

That’s why I was so excited when my eighteen year old got her wisdom teeth out last week. She was all doped up on Vicodin and legitimately needed me for all kinds of stuff. It was beautiful.

Don’t misunderstand, I obviously wasn’t happy that she was in pain or that she was all tweaked out on painkillers. It’s always so much worse experiencing our kids’ pain than our own. I’m just focusing on the fact that she was in a situation where she needed me again in ways she hasn’t needed me in a very long time. And I’m not gonna lie, her being in pain notwithstanding, I loved every second of taking care of her.

Like when, the first few hours after surgery, before the Novocaine wore off, I actually got to wipe the vanilla milkshake drool off her chin every time she took a spoonful. That was one of my favorite moments. And yes, I confess, there were a few times when I assured her that her face was clean when there was actually a huge drip dangling from her chin. (Don’t judge me. It was adorable. And you would’ve done the exact same thing.)

And I loved being able to press the ice packs against her cheeks for her so she could cinch the drawstring on her hoodie tight enough to hold them in place. And because we had to do that every twenty minutes for three days, it amounted to some real quality time together.

I got to bring her bowls of ice cream and make her soup and buckets of mashed potatoes and she actually let me blow on them to bring the temperature down. And we’re talking like a decade since she’s let me do anything like that for her.

Probably the best thing, though, was the invitation I got to sit with her on the couch and watch TV together. I never saw that one coming. I mean, she was incredibly uncomfortable and, at times, slightly delirious, so I just assumed that she had mistaken me for someone else. But on the afternoon of the third day of her teeth coming out, she just lifted her legs up off the couch and asked me to come over and sit with her. And between you and me, once I realized that she did, in fact, know it was me, I almost cried. That’s because I can’t even tell you the last time I sat on the couch with my daughter’s legs draped over my lap.

Now, for the record, I did actually get permission from her to write about this. An unusual happening in my house because my kids are usually dead-set against me writing about them in any context.

But I asked and she said yes and here we are. And the point of my story is that no matter how old our kids are, we’ll always be their parents and we’ll always have the secret desire to be needed as their mom and dad. And when the rare opportunity presents itself, we should consider it a gift, pounce on it, and savor the moment. Just like I did.

Oh yeah, by the way, did I happen to mention that I asked Riley for her permission to write about this a couple of hours after I gave her pain meds? What?! It counts.

Texting With Our Kids: It’s Not All Pretty

Nine Things I My Daughters Need to Learn About Life

Home / Articles / Parenting / Empty Nest / As a Mom, I Will Always Need to Be Needed
FacebookPinTweetEmail