As the next song came up while shuffling through my iTunes library, I raised the volume, high, and began to sing along.

“The itsy-bitsy spider climbed up the waterspout. Down came the rain and washed the spider out. Out came the sun…” I glanced into the rearview mirror, half expecting to see my daughter in her baby seat smiling. But she wasn’t there. She was at school. High school, where she’s a senior. As I slowed my car down to go through the toll booth, I could have sworn I saw the guy driving the car in the lane next to me give me a strange look, probably because I was crying. And not just crying. I was doing what I recall Oprah describing as “the ugly cry” back during my Oprah-watching days when I was married and a stay-at-home mom.

[Read Next: A Partially Empty Nest…Maybe it’s Not So Bad]

“This isn’t healthy,” I reminded myself, tapping the button behind my steering wheel so I could advance to the next song. Thankfully, it wasn’t “Rock-a-bye Your Bear” by The Wiggles, which had sent me into a similar tailspin a week earlier.

I glanced down at the odometer. Thirty thousand miles and counting. “I’m screwed,” I thought, wiping away the tears and redirecting my thoughts to how much I regretted leasing my car instead of buying it.

I visualized a cha-chinging cash register adding up every mile I went over the 15,000 miles per year limit. Then me having to eventually move in with my mother and a few friends like on “Golden Girls” to help with expenses, which, no matter how hard I try, always seem to come at the worst possible times, in clusters, when I have so many others. I shuddered at the thought but also knew I would figure out a solution. I always do even though I didn’t know what this one would be just yet.

What I did know was that I had driven a lot during the past 19 months since getting the car. Except I couldn’t recall precisely where I had been and why the number should be so high.

I thought back. There was a road trip to visit colleges in Washington, D.C, and Virginia. A couple of drives up to visiting day at my son’s sleepaway camp in the Poconos. Four additional round trips to D.C. to get my girls to and from their summer programs at Georgetown University. And the many drives I took down to the Jersey Shore and my mother’s house. Even with all that, the math wasn’t working out for me.

As I considered it more, I realized I used most of those miles locally, within a 5-mile radius of my house, just as I always had since first becoming a mom more than 17 years ago. I thought about how many trips I made to the supermarket, sometimes more than once in a day. Then there were the morning drives to my kids’ schools as well as those times (not as infrequent as I would have liked) when I went back minutes after getting home because someone forgot their lunch or a textbook.

Oh, and the games! How could I forget about those? Two kids playing sports typically meant splitting time between fields or going to several games in a weekend. And, of course, the endless doctor, dentist, and orthodontist appointments, not to mention piano lessons and Tae Kwon Do classes for all.

[Read Next: I’m a Single Mom and I Want My Daughter to Fire Me, Please!]

I speak in the past tense because this year something changed. I’m not driving as much. My older daughter got her license and my second daughter, who’s one grade behind her, is about to get her permit. Because the novelty hasn’t worn off yet, my older daughter often happily volunteers to help me in addition to driving herself around.

No one is playing sports right now either. My son took a break from football this season because the Sunday games conflicted with Hebrew School most weekends and he is becoming a bar mitzvah in the spring, meaning he needs additional study time. My oldest daughter didn’t try out for the tennis team this fall because she believed it would be too time-consuming for her to keep up with the homework load (which is huge) and complete all of her college applications on time.

My kids are growing up, a day I’ve wished for for nearly eight years.

It was on a cold day in January when my husband told me he was “done with our marriage.” My children were 11, 10, and 6. Because he had already been living in Asia during the two years before that for work, his announcement merely placed a label on what I already was – a single mom.

In the early days, managing my kids’ basic needs and schedules was a lot trickier than it is today. Without a second parent at home or child care, if I left the house, we all left. Sick, tired (them or me), it didn’t matter. All hours of the day and night, the load was mine to handle. And I didn’t like it one bit.

[Read Next: What Surprised Me About Parenting After My Divorce]

With my husband gone, hosting holiday dinners suddenly became obligations I no longer enjoyed. My children’s birthday parties, which I used to love to plan and host, turned into hour-and-a-half long ordeals I needed to summon all my strength to get through without curling into a ball and crying.

Where I once read to my children at night without any thought to the time, I found myself rushing through bedtime stories or skipping them altogether because I either had to finish cleaning up the kitchen from dinner and prepare for the next day or felt so mentally and physically drained that I was incapable of focusing. Everything became a race to a finish line that was nowhere in sight.

But now that I see an end to their childhoods in sight, I’m neither happy nor relieved. Instead, I’ve been feeling incredibly sad. Even though I watched my children grow up during the past eight years, in many ways, I believe I lost out. Sure, I was here for them and have the miles on my car to prove it. However, because of the circumstances I was in, divorced and with full physical custody of my kids, on too many occasions I was incapable of enjoying motherhood in the way I had always planned. Now, as my older children begin making their way into the world, I’m finding myself longing for the moments I once took for granted and can never get back again.

When my oldest daughter was first-born, I used to sing to her the “Itsy Bitsy Spider.” Over and over I sang it to her, making silly little movements with my fingers to look as though a spider was climbing up a waterspout, all the while missing every note.

I used to wonder if my daughter minded my horrible singing voice until one day I had her next to me on the couch. There she was in her infant carrier staring at me without expression the way babies sometimes do. Seeing her there, I imagined my daughter waiting for me to do something interesting so I put my fingers together for the umpteenth time, and sung out in an elongated, off-key note, “Theee…” And with that one word, her expressionless face blossomed into the biggest smile I had ever seen on her. She knew what was coming.

Seventeen years later, as my daughter prepares for her final year at home, neither one of us know what to expect, and it’s scary for both of us. Will my daughter do okay? Will I do okay without her? Will I be able to get through this time without her father by my side? Back in 2012, I had to trust that I would. And somehow I did, we did, despite the picture not being what I had envisioned such a long time ago.

Six years ago, the rain came down and washed me out, for a while anyway. But I got back up to meet all of the challenges that came my way as best I could. Because of that, I’m confident I’ll meet this next one, too, only this time, I’ll be doing it wearing a college sweatshirt.

When Parents are Divorced: How to Make Parents Weekend Work 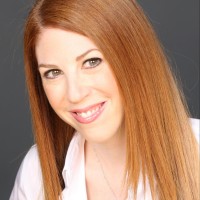