Finding the right roommate can make or break your college experience. You will be spending a lot of time with your roommate, so it is important that the two of you get along well.

Many colleges assign roommates after students fill out questionnaires, but, if you have a choice to pick your own, here are some tips. Also here are some dos and don’ts for living compatibly once you and your roommate have found each other.

The do’s of choosing and living with a roommate

DO: Find a roommate with a similar living style to you

To ensure that you and your roommate are able to peacefully coexist in a small room, it is crucial to choose someone who has similar living habits to you. Some of the things to make sure to consider when choosing a roommate are whether they are messy or clean, quiet or loud, what time they like to go to bed and wake up. Also, find out if they enjoy having people over, and if they like to take naps.

DO: Talk to your prospective roommate over FaceTime or on the phone before deciding to be roommates

This is a key step that a lot of people forget about. It is a great idea to FaceTime or call the person before you agree to be roommates to ensure that you enjoy talking to each other and get along well. You can tell a lot more about a person when you see or hear them rather than just through texting.

DO: Use websites such as Roomsurf or RoomSync

Using a website like Roomsurf or RoomSync might be a good option to find the perfect roommate for you! They have in-depth quizzes about all of your living habits and match you with potential roommates at your college.

DO: Consider choosing someone with similar interests

This isn’t a huge deal, but it’s nice to room with someone who has similar interests to you, such as someone who is also interested in joining Greek life, or someone who does the same sport as you. Even just rooming with someone who shares your major can be a lot of fun because you can take classes together.

DO: Give your roommate the benefit of the doubt

Sometimes when your roommate is doing something annoying it can be easy to assume they are doing it to annoy you, when in reality, no one has made them aware what they are doing could be seen as annoying. For example, some people are used to playing their music out loud and don’t find it rude, but others will be annoyed with this. So, give your roommate the benefit of the doubt and kindly ask them to compromise.

DO: Talk to your roommate about the issue in a nice way

The first thing to do when you are having issues with your roommate is to talk to them about the issue. Make sure to talk to them in person, not over text, because sometimes people interpret things differently over text messages. Bring up the issue in a nice way and see if you guys can come to a compromise on whatever the issue is.

DO: Talk to your resident assistant privately

If you have already talked to your roommate about the issue and nothing has improved, talk to your resident assistant privately about the situation. Ask if they have any advice on what you should do. They are specifically there to help you and it is their job to make sure you are happy living in the dorms.

DO: Move out if the situation becomes unbearable

If the situation with your roommate is so bad that it is affecting your mental health, consider moving into a new room. There is nothing to be ashamed of if you end up moving out of your room. Lots of students go through this their freshman year and end up feeling much better once they switch rooms.

The don’ts of choosing and living with a roommate

DON’T: Choose a roommate based on their social media

Just because someone has a big social media following or looks like a fun person on social media, does not necessarily mean they will be a good roommate fit for you. Keep in mind that social media is not always real and looks can be deceiving. Try not to judge how compatible a roommate someone will be solely based on their social media.

DON’T: Choose to live with your best friend without weighing the pros and cons

A lot of people think living with your best friend is the best option because it will feel like a sleepover every day and you already know the two of you get along. But, keep in mind that if you guys have different living habits this might not be the best option. Plus, if you and your best friend don’t end up rooming together, you guys can meet each other’s roommates and that allows you to branch out and meet new people.

DON’T: Pretend to be someone you’re not

Sometimes when trying to find a roommate, students will lie or overstate their good qualities, maybe they’ll say they are clean when they’re actually messy or say they study a lot when they actually don’t. Definitely be truthful about your living habits, because this will only benefit you in the long run.

After you have chosen a roommate and moved in, sometimes it doesn’t end up working out. Keep in mind that it is totally normal to have a periodic conflict with your roommate about little things. It is very rare to have a perfect roommate.

Remember that even if you and your roommate do not end up being best friends, it can still work out as long as you are able to coexist without constant conflict. If you do end up having a conflict with your roommate, here are some dos and don’ts:

DON’T: Tell other students about your roommate conflict

It is definitely best to keep your roommate issues private between the two of you. Don’t start spreading rumors or make the other person look bad because in the long run, spreading gossip just makes you look immature. Try to handle the matter privately without bringing other students into it.

A lot of kids will turn to social media to rant about their issues. This is a terrible idea and could permanently ruin your relationship with your roommate. Posting something that someone else is doing in your room is immature and hurtful. It’s no one else’s business. Even if your account is private and you think only your closest friends will see it, it can still be risky and it is just a bad idea to post about it.

DON’T: Move out without telling your roommate

Sometimes people think the best way to avoid an argument is to just move out without letting your roommate know. This is extremely rude and could leave your roommate very confused. At the very least, call your roommate to explain that you are leaving. This is a situation that deserves a conversation. 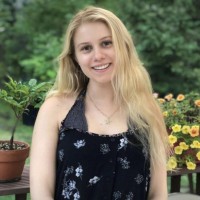