I remember life before divorce: the endless stream of weekend activities, game nights with couple-friends, and sometimes heated arguments about whose turn it is to get up early with the kids on Sunday morning and who gets to sleep in. All married couples have that conversation in one form or another, right?

I’ve had the kids all day while you were at work. It’s your turn.

I need some “me time.” Just take them for an hour.

And then one day the conversation changes.

One thing I know for sure about parenting is that everything is constantly evolving: kids grow, parents mature, and lives adapt. However, most of the time these changes happen so slowly and over a long enough time period that they’re upon us before we even notice them.

However, sometimes certain milestones and life events alter the pace and the changes happen suddenly and more drastically than before. Divorce is one of those catalysts.

Almost overnight, the conversations about parenting shift and both parties begin to see their lives with entirely new perspective. Parents who’ve always worked long hours suddenly want to slow down and spend more time with their kids. Parents who have stayed home and raised their children suddenly have to go back to work. And the conversations about who’s turn it is to take the kids for the weekend do a backflip.

I’ve had to work all day while you got to have the kids. It’s my turn.

I’m tired of spending my free time alone. Just give them to me for an hour.

I went from being part of a couple to co-parenting

And just like that, you’ve gone from being a couple with kids to being co-parents. For all the stress and heartbreak and challenges divorce presents for parents, it also has a way of focusing perspective. Sometimes for the better, and sometimes to the detriment of everyone involved.

On one hand, there is great value in recognizing that parents have precious little time when their children are young, and that while it can be exhausting and trying at times, it is a privilege not to be taken for granted. Some studies have suggested that grateful parents tend to raise healthier, more grateful children.

I can think of few things in my life I’m more thankful for than the time I spend my children, especially now that I’m a single, working mom. And if divorce was the proverbial anvil to the head it took for me to realize how important that time was, then I’m appreciative for that as well.

On the other hand, divorce can also raise stress levels and emotions to the point that the natural shift in priorities can lead to ugly custody disagreements and unhealthy competitive parenting.

Arguments between co-parents about wanting and needing more time with the children can easily devolve into games of psychological warfare in an attempt to create favoritism of one parent over the other. This can lead to increased conflict between the parents and greater levels of anxiety in the children.

Even in its less extreme forms, constantly comparing and contrasting one parent’s style to the other leads to nothing other than jealousy, ill-will, and probably discomfort among the children. Don’t get me wrong, it’s not easy to come home after a long day of work, spend time with your children who you’ve missed dearly, barely make it to bedtime without losing your mind or falling asleep only to hear about how when the kids are at their “other house” they don’t have to go bed until 9pm.

Mommy lets us sleep in her bed.

The reality is that being grateful for and protective of the newly limited resource of your children’s time doesn’t have to mean directly competing for who’s doing a better job of being the perfect parent.

Children need to feel loved without strings or expectations. The rest, they will work out over time.

Sure, it’s frustrating when one parent seems to have all the fun while the other works. It’s annoying when the kids are tired after staying up late. And it’s scary when the other parent’s choices aren’t in line with those you’d make for your children. All of those feelings are real and valid, and unfortunately they’re no longer the point.

Divorce means no longer having to convince the other person who is right and who is wrong.

Divorce means finding that balance between holding onto every precious moment and simultaneously relinquishing some of the control.

Divorce means learning to co-parent even when it hurts, when it humbles, and when it goes against every instinct in your body.

Divorce means trusting that your kids love you for exactly the parent you are and not the one you think you should be.

Because the truth is simple:

Daddy loves his kids all the time. Every day.

Mommy loves her kids all the time. Every day.

It’s never going to be enough.

And there is no such thing as fair. 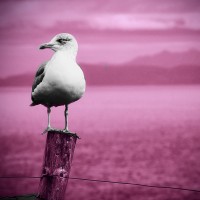 Former Cognitive psychologist turned journalist and thriller novelist,
Mary is the best-selling author of The Mermaid Asylum series. Mary's
writing has appeared in The Washington Post, Bustle, and Medium. Her
internet history is not for the faint of heart. Follow her at
marywiddicks.com

Widowed Parent: The “Firsts” Are Unexpected And Painful

When I think about “firsts” I feel a warm, happy feeling. What comes to mind immediately are, first steps, first birthday, first day of school, first kiss, first love…..the list goes on and on. All of these “firsts” are big reasons to celebrate. Firsts are always exciting, right? Of course! They are firsts! What I…