“Dad, I’m not going to my college graduation this spring,” my daughter announced at supper one night. “It’s a waste of time and I’m just not doing it.” I stared at her in shock.

She just started her senior year at my alma mater, the University of Connecticut, where she’s studying Psychology. Since I’d been the first in my family to graduate from college, celebrating her milestone was a big deal. And helping with the tuition tab, I thought I’d have more of a say.

Back when I earned my business degree, I was thrilled to march up to the podium, shake hands with the dean, collect my hard-earned diploma, and wave to delighted family members. After all, this was the grand finale of eight semesters dealing with flighty roommates, harsh professors, and rigorous exams.

Over the past three years, I’ve witnessed how hard my daughter has struggled to keep her GPA high while earning her degree. So why wouldn’t she find reason to rejoice? I couldn’t understand her firm stance.

Shortly after our tense exchange, a close friend told me her son, finishing up at a top Boston school, refused to don his mortar board. Was this a new trend? I decided to ask around. Talking to more parents, I found this was a growing movement among college seniors.

My daughter and I talked about the time and sweat involved in graduating from college, with many students not graduating in the traditional four-year window, and only about 56% earning degrees within six years. So why wouldn’t she want to celebrate? Those who finally finish should revel in their accomplishment.

I’m used to my daughter being full-compliance. In kindergarten, she furiously pedaled by my side cruising bike trails, fretted about getting her steps right dancing in her first musical, and diligently labored to earn each Girl Scout badge. She did everything according to plan. I admit to having been a helicopter parent when she was in middle school – I chaperoned every 8th grade field trip. But she’s in college now. I suddenly wondered why I was treating her like she’s still 12.

“Why are you against going to graduation?” I finally asked her. Looking me straight in the eye, she said, “Honestly, Dad, there will be 10,000 people packed into Gampel Pavilion on campus and I feel anxious when I’m in huge crowds, especially with other students who’ve been drinking and acting like idiots.” I started to understand.

Digging deeper into my memory, I do remember feeling restless at my own graduation at the Field House as I listened to a speech given by someone I can’t even remember and watched thousands of graduates file up to receive their diplomas in the sweltering heat. And feeling nervous in hordes of people wasn’t even an issue for me.

Since my own days at UConn, I’ve honored the graduation tradition and thought that this final ceremony was the natural end to four years of hitting the books. Maybe I was wrong.

After our talk, I felt guilty about pressing her so hard. With the finish line a few months away, I’ll start to let go by respecting her decision. Truth is, whatever she decides, I’ll still be the proudest dad on commencement day, and our whole family will celebrate, however my daughter chooses.

Most important, she’ll be doing it her way.

To The Parents at College Graduation: Thank You Stan Gornicz is a writer and lives in Connecticut with his wife and two college-age children. He writes about family, business, and finance topics.
Home / Articles / College/Off to College / College Graduation / College Graduation: My Daughter Will Do it Her Way
FacebookPinTweetEmail 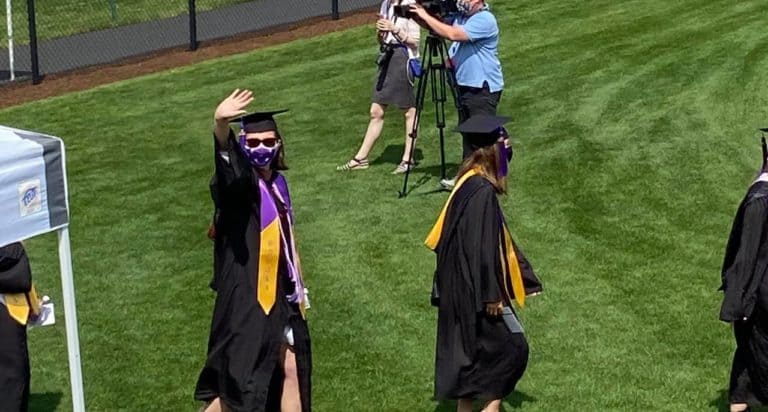 Pomp and Circumstance: Why Graduations Are Such Emotional Moments

For the first sixteen years of my life, my family lived on the campus of a residential school, where my father served as superintendent and my mother taught high school English. This meant that our lives were ruled by the school calendar. I still remember the excitement every August when I would go with my… Dear Riley, Well, baby, here we are. Tomorrow, you graduate from college. So, I’m sure it comes as no big surprise that I’ve got a few things to say. And because you know how I’m wired on the inside, you know it’s apt to get a little drippy, so bear with me. Now I know… 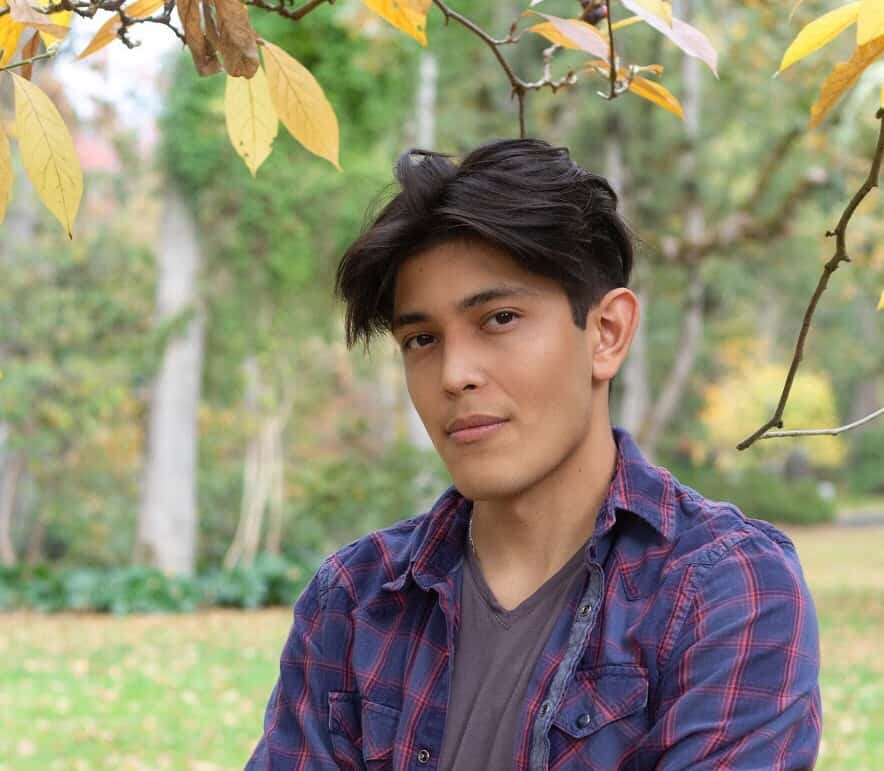 For as long as I can remember, all I’ve ever dreamed about was going to college. By accomplishing this, I would make my parents proud, be able to study what I love, make friends I would remember forever, and maybe change the world someday. I have long dreamed of graduating from college I’m a first… 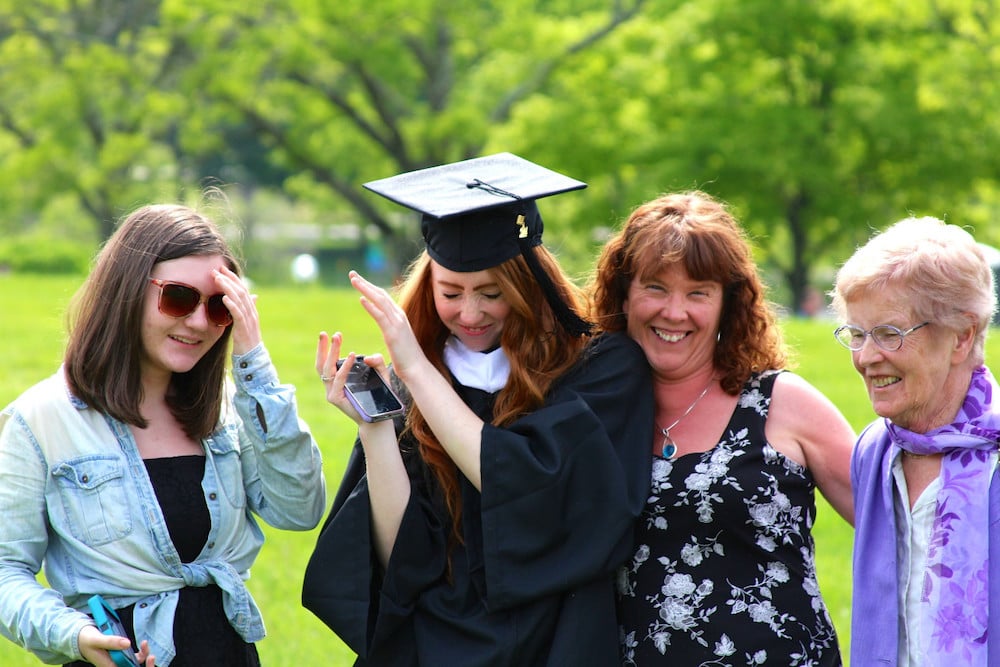 I Begged My Parents Not to Come to Graduation; The Long Road Home 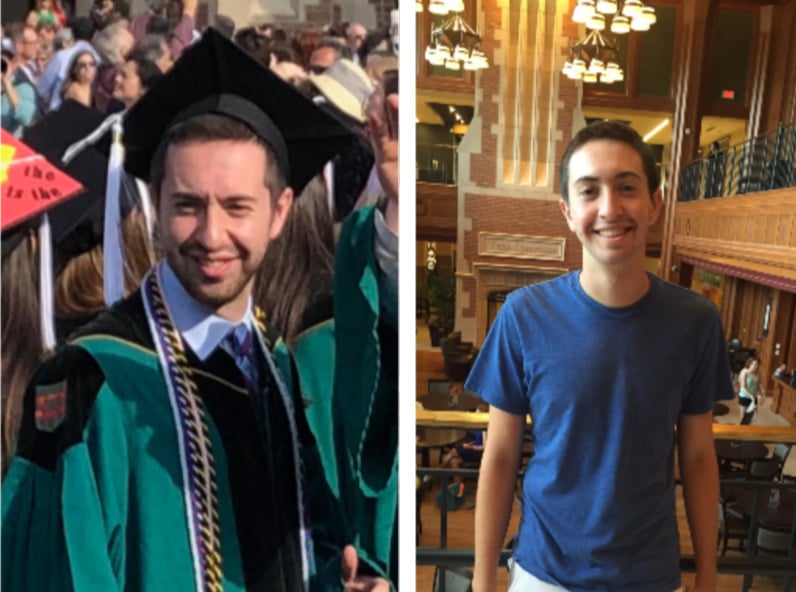 Dear Mom and Dad: The Letter That Makes It All Worthwhile

Dear Mom and Dad, Four years ago, we parted ways for a bit of an experiment. After eighteen years of living together, you hugged me, and exclaimed, “Good luck!” I hugged you back, and excitedly replied, “Thanks!” You began your journey home and I began my journey into “adulthood.” We both pretended we were fine.… 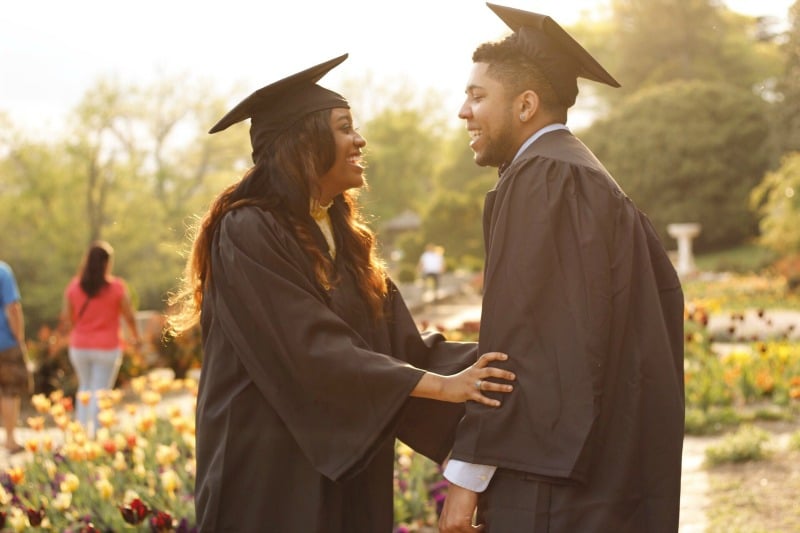 5 Things You Will Realize During Graduation Weekend

I sit here scrolling through dozens of pictures on my phone, reliving last weekend, and all the emotions that accompanied it – my first child’s college graduation. I took as many pictures as I could – and as my daughter had the patience for – of both the significant moments, and various not-really-important images, so… 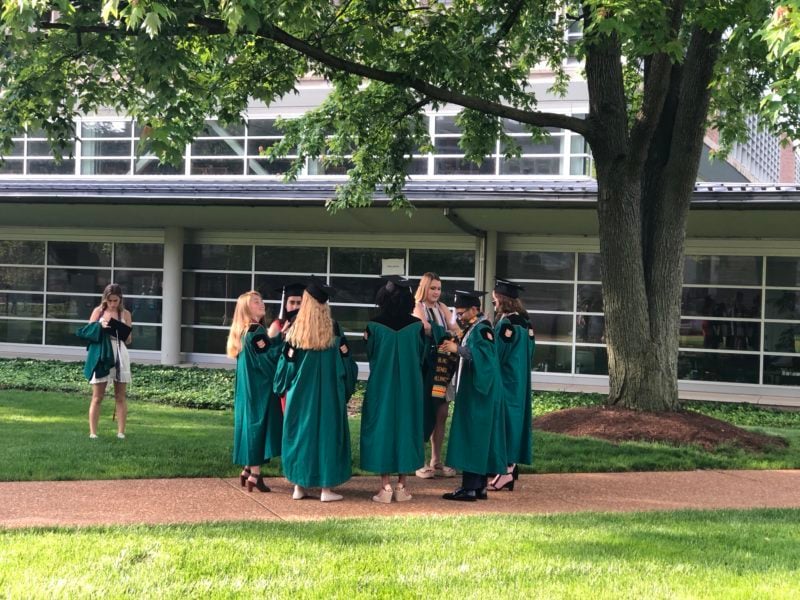 To My Two Sons As You Graduate: Here’s What I’ve Watched You Learn

In an embarrassment of riches, I have two sons graduating this year, one from college and one from high school. And as graduation season beckons, despite my effort to keep my emotions in check, I’m being swept up in the kind of emotion that makes you feel like someone is physically holding your heart and… Why High School And College Graduations Feel So Different

During a fit of slightly panicked enthusiasm the other day, I started making a packing list for my daughter’s college graduation weekend that is all-too quickly approaching. I’ll need something to wear to the Baccalaureate service one day, something different to wear to the departmental diploma ceremony another day, and I can’t forget a hat…