When my children were small, I embraced a fairly laid-back approach to how they dressed. When my son insisted on wearing his motorcycle t-shirt every day, I let him. When my daughter believed the best way to accessorize her sundresses was with snow boots, I went with it. I have taken my children all over town dressed as fairies, cowboys, superheroes, princesses, and wearing every manner of mismatched, seasonally inappropriate outfits they could come up with. 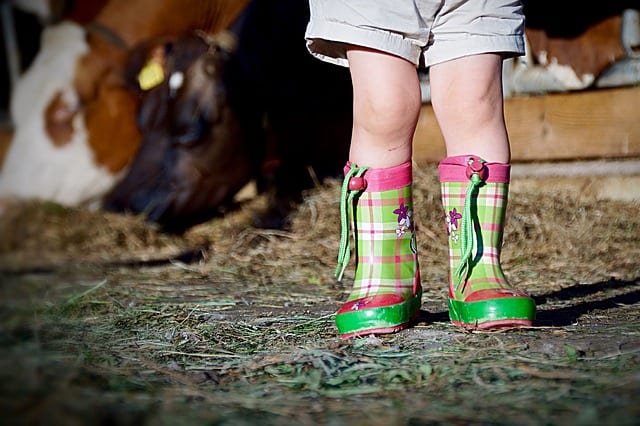 I have always believed in choosing my battles, and when they were little, the battle over clothing just wasn’t worth it. When I let them wear whatever they wanted, I did run the risk that they would be too hot or too cold or that I would be embarrassed. Big deal. What is a little physical or social discomfort compared to walking through life (or at least through Target) as superhero?

However, now that they are teenagers, things are different. I prefer to let them make their own choices about their clothes—but not always. It isn’t a matter of taste. I can ignore trends that I don’t care for. But I can’t ignore science.

Today it is not uncommon for people to attend events that were once considered special occasions wearing decidedly un-special attire. At a recent high school graduation ceremony I attended, some underclassmen showed up wearing cutoffs and tank tops. A couple of weeks ago, the young man sitting in front of me in church was wearing cargo shorts and flip flops. And while going to the grocery store is hardly a special occasion, it was once universally considered a reason to get dressed. Now I rarely go shopping that I don’t see at least one person in pajamas.

[Read Next: Your Body, Your Rules: How to Talk About Personal Boundaries]

Some people argue that the way we dress should be primarily about comfort or self-expression, but the tendency to hail personal comfort or preference as the supreme standard of dress has changed more than just our wardrobes. It has changed how we understand and experience significant events and how others around us experience them too.

According the phenomenon of enclothed cognition, the way we dress affects the way we think—our confidence, mood, attitudes, even our ability to process information.

On some level most of us know this. Anyone who has had the experience of getting really dressed up for a dance or a wedding certainly does. The dress, the tux, the jewelry, how we do our hair, or the shoes we are wearing–all of these things contribute to the creation of a magical night. We know that when we feel a little down, getting dressed and looking good can lift our mood. Studies show that wearing workout clothes makes us more inclined to exercise. And a Halloween costume can have a transformative effect even on adults— suddenly making us feel more exotic, silly, or sinister.

But enclothed cognition is about more than just feeing special when we look special. According to a study by researchers at Northwestern University, both the symbolic meaning of our clothing and the feel of it on our bodies can affect our cognitive abilities.

In a second experiment, all the participants were asked to wear white lab coats, but half were told their coat was a painter’s smock. The others were told they were wearing a doctor’s coat. Though the coats were identical, those who believed they were wearing a doctor’s coat performed better on a series of tests designed to detect attention to detail.

There’s plenty more evidence that our clothing plays a significant role in how we think and feel. Dressing for success in business actually causes our bodies to release hormones that help us display dominance, but a more casual dress code can lead to a more creative and friendly work environment. Children in Kenya attended more school and performed better once they were given uniforms. And in one study, women who were given designer handbags to carry were more likely to embrace economically conservative, capitalist values. Even our underwear can have an affect on how we feel about ourselves.

As a parent, it’s my job to encourage (and sometimes enforce) standards of dress that will help my children get the most from important experiences. How they dress for church, funerals, graduations, even special family meals matters. I expect my kids to dress appropriately for a given occasion, be it dressy or casual, because I want them to experience that occasion to the fullest.

I also expect my kids to dress appropriately because the way they dress affects other people. The idea that what we wear is entirely about our own desire to be comfortable or to express ourselves is not only scientifically inaccurate, it is short-sighted and self-indulgent.

The kid wearing the Twenty One Pilots t-shirt at church might be comfortable, but his outward disregard for the solemnity of the occasion is likely to be a distraction to the older couple sitting behind him who wasn’t raised to embrace an anything-goes dress code.

If their grandmother spends the day cooking, if she adorns her table with fine china and festive decor, and my children show up for Thanksgiving wearing their workout clothes, they have failed to show proper respect for the occasion, for their grandmother, and for all of her efforts—regardless of how much they enjoyed the meal personally.

Any occasion, be it church, a holiday, a graduation, or a night at the theater, that matters to people is enhanced by the environment—which includes how other participants in the event are dressed. Prom would be less promish if half the students showed up in shorts and t-shirts. A wedding would be less elegant if the majority of the guests wore jeans. When it comes to special occasions, we don’t just dress up for ourselves, we dress up for everyone else too because things like festivity, worship, celebration, and reverence are communal and not just private.

When it comes to teenagers, what they wear can be a touchy subject. They crave the freedom to explore their own tastes and to express their individuality. That’s normal and it’s reasonable. But pretending that the way they dress doesn’t effect how they think is like pretending that the way the eat doesn’t effect how the feel. And teaching them that they can dress however they want without concern for others is like teaching them that they can say whatever they want without concern for others.

[Read Next: Parenting Through the Years: A Different Kind of Crazy]

Certainly life was simpler when I spent my days surrounded by fairies and cowboys. When children are small and they are developing their imaginations, their silly outfits are developmentally appropriate, But when they are teenagers, just as they’ve outgrown princess dresses and superhero capes, it’s also time they outgrow the idea that they can wear whatever they want whenever they want.

An Open Letter to My Daughter About Locker Room Talk

Mom Jeans are Fine and 7 Other Lessons From My Daughter

Home / Articles / High School / I Care About What My Teens Wear Because, Science
FacebookPinTweetEmail