I get the privilege of working with teens in an English classroom. The majority of them are excellent, future-focused individuals, and they are incredibly enjoyable. They teach me about their world, and I try to give them a little bit of insight into literature and writing. It’s this give-and-take that makes the classroom a beautiful place.

Recently, my students and I were discussing what teens wish their parents knew. This was dangerous territory, but they agreed to let me see the world from their perspective, and it was quite refreshing. They would really like us to know five things.

What teens want parents to know

The general consensus of my group is that they respect the difficulties their parents had when growing up. They understand we didn’t have internet, Google, email, and texting. They are all out of appreciation for typewriter references and jokes about rotary phones. They know we walked uphill both ways in a snowstorm, but they want a little respect for the difficulties they face as 21st Century teens.

These teens are pioneers in a digital age many of us 30+ers have no idea how to help them navigate. Some of us are intimidated by the world of their social media. It is daunting for this younger generation who must deal with the potential permanency of their mistakes while we were allowed to make them with no video or Instagram documentation.

These teens are expected to lead the class, score high on their SATs or ACTs, and fix many of the problems our world provides them. They are not complaining. They are not making excuses. They just want a little respect for struggles they experience. It’s no cakewalk being a teenager today.

2. Let us make our own mistakes.

They desperately want to make their own mistakes. They know we love them –  they are comforted by that very fact – but many of them feel that we are confident they will go out and make the same mistakes we did. Teens are smart, but they do listen to their parents, especially when we think they don’t.

They aren’t going to get engaged at 18 because someone close to them did. They aren’t necessarily going to use substances to escape even if this happened in their family’s past. They aren’t going to automatically trespass, steal, and bring home a boyfriend from Hell just because people we know did. This is their very own precious life, and they know they need to live and learn. They would just like some space to do that.

3. Don’t assume we are full of dishonesty and mayhem.

I remember calling my son at his middle school to tell him I was coming to get him. He was outside, and I said, “Why are you outside? You better not be smoking.” I’m pretty sure I was joking, but when he got in the car he said, “Why wouldn’t you assume I was helping someone or picking up litter, mom?” His point is as clear as my students’. They want the benefit of the doubt. They want us to assume good before we go straight to the bad.

As parents, we are used to looking out for all potential harm when our children are around. This does not end when they become teens. Their nights, their activities, and their kid-leashes get longer as they age. This is hard for us to accept, but our kids would like us to assume the best until we are given reason to doubt them.

Just because the neighbor boy was caught with an open container or the news reported some teens were caught trespassing does not mean our children are doing the same terrible things. Just because Bobby is a first chair saxophone player, and Donna is a softball pitcher with a division one scholarship, does not mean our children need to participate in those same activities.

Each one of our teens wants to be respected as an individual just like we do as parents. They want to find their own paths with our guidance, and they want to be known as a person who paved their own way. Bottom line: they want us to be proud of them no matter what they choose, and they’d appreciate it if we’d verbalize that very fact.

5. Give us room to form our own opinions and interests.

It is hard to live in the same house as other people and not formulate our opinions about life through a lens of their influence. Our kids would like a blank slate from which to work. They want to share in our music, favorite movies, TV shows, books, and games, but they’d also like the freedom to work through their own political beliefs, religious understanding, preferences in art and culture.

They want exposure to a play as well as a great sporting event. They want to spend time with us, not necessarily money. They want the memories and they want to find out their authentic interests while we give them a tour through life.

Our teens love us. We are the biggest influences in their lives. If you ever question how important you are to your teen, please understand them from a classroom teacher’s perspective. They smile when they talk about their parents. They share their inside jokes. They take pride in how hard you have worked to provide them with what they have, and nine times out of ten when asked who their mentor or hero is, they say you!

These five pieces of knowledge our teens wish we knew are solidifying this very belief. They can’t wait to become someone who will make their family proud; they just want us to trust them along the way. 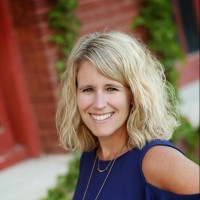 Tessa A. Adams is a graduate from the University of Nebraska-Lincoln with a masters in reading. She is a language arts and creative writing teacher in Omaha, Nebraska. She is the co-author of the blog, Family Footnote, and she has three children. When she is not mothering or teaching, she is writing. Her work can be found in Fine Lines Literary Journal, Empty Sink Publishing, Route 7 Review, THAT Literary Review, Sammiches and Psychmeds, xoJane, and The Sunlight Press.