But as much as I like how it sounds, I hate the reality. With all those raging hormones, every teenager is bound to “lose it” at one time or another.

But add anxiety to that mix, and it’s a whole different beast. Sometimes it manifests in a meltdown of epic proportions, sometimes it’s silent, hidden demons. But those who suffer learn to put a smile on their face, to grin and bear it.

How are you, we ask? “Fine,” they say with a knot in their stomach. Because really, no one wants to talk about the tough stuff.

Hell, I don’t want to talk about the tough stuff! Anxiety. Anxiety is tough. It’s heartbreaking watching your child struggle with this. To be clear, anxiety is not just feeling nervous before you take a test, or talk on the phone or go into a party by yourself. It’s constantly having excessive worry or fear strong enough to interfere with your daily life.

It’s when you freak out over the length of time it takes someone to reply to your text, nervously going over what you might have done or said wrong. It’s checking and rechecking your work; whether the door is locked; or if your bed is clean. It’s wanting to go to a party and have fun but knowing your anxiety won’t let you; so you stay home.

As a mom, I’d rather not face that angst or the teen when she’s feeling the angst. But that’s not an option, obviously. Yesterday everything was going along fine as it usually does. Until it doesn’t. Being asked (or told) by her dad to swap out the laundry and start another load was kind of a bummer. But add walking the dog, and suddenly Kylie careened off an edge that I was unaware she was standing on.

To her credit, she did the laundry and took Brodie out–in fact, she even brought him home and took herself for a walk. Sensible choices and a good option for calming the beast. I was proud of her for trying that actually. Seeing her use her different coping skills is heartening–especially when they work.

It didn’t. The door slammed, feet stomped, muttering was heard. Clearly she was back and had brought the beast with her. My instinct was to immediately bring her a snack. She hadn’t had much to eat after the morning stack of pancakes.

I try giving her food to brighten her mood

My kids need food if they are cranky. So down I go to the laundry room where she is grudgingly folding towels. I offer her Manchego cheese on bread with a drop of honey. She takes one look and says, “There’s rind. I’m not eating it.” Ok. Right. Deep breath–me not her.

Not to be defeated, I go back up for beef jerky. She can’t refuse that (nor can our dog, by the way). Upon my return, Kylie was sitting on the floor leaning against the washing machine. She was gritting her teeth, clenching her jaw and cracking her knuckles, and didn’t even realize it. So without a word, I plunked myself down next to her and silently held out the jerky. She took it, ate it and grabbed another piece from my hand. A taste of success.

Asking her if something happened or she was just in a bad mood, she declared life sucks. Kind of true for a teen so I didn’t argue on that. I just asked whether it was life in general or school, homework, parents, college. Pretty much, yes. She was spinning her ring on her finger and I grabbed her hand. She held on, just clinging as though I was the lifeline, the bridge between reality and that cacophony sounding in her head.

So we sat there on the floor, heads together –there wasn’t much I could do, so I let her vent. I started to disagree with the whole, “It’s not my job to get the dog out,” but managed to stop myself mid-sentence. I went back to being quiet. Good decision. She railed on for a minute, about the dog, about doing laundry, folding towels and then rolled her eyes about homework and college. “I don’t want to go to college; I don’t want to grow up.” She looked sad, dejected and tired. And she was, she said she was tired of adulting. I get that; I was tired of it too right then.

It’s hard to hear your child say they don’t like life; they don’t want to grow up and they are just over it all. It’s harder still–at least for me–to listen and not utter a word or try to convince her otherwise. But that’s what works for her. Sometimes that’s all it takes to chase the angst away. We invited it in, but didn’t let it to stay for dinner (so to speak).

And when our dinner was ready, I helped her up, turned her around 3 times–it’s our little thing we do to shake off the bad and call forth a new attitude— and held hands as we went up to eat. We had tamed the beast for the moment.

And when dinner was over, we all curled up on the couch and started reading Watership Down.

Because sometimes it’s ok to not adult.

Sometimes it’s ok to just be taken care of. Sometimes if you snuggle the teen, you can smother the Angst. At least for today.

When Your College Student Suffers From Anxiety and Depression

Home / Articles / High School / My Teenage Daughter Has Anxiety: This is How it Looks and Feels
FacebookPinTweetEmail 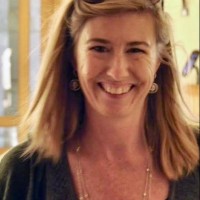 Dana Baker is a writer, editor, mom of two, and consultant to parents and teens.  With parentinginreallife.org I help families reconnect and find a way around the walls that cause such isolation and dysfunction in these years. I offer advice from the trenches, a non-judgemental ear and tips/feedback based on the science of psychology and the reality of parenting.  You can follow me on Twitter, on Instagram , and on Facebook.