We know that we are not alone.

We may have felt alone over the past 18 months, but we know that many families are still picking up the pieces that slipped through their hands when our children’s world was upended. For some, that disruption came just as they were beginning to see the graduation light at the end of a long academic tunnel.

We are not the only parents, then, who will mark this Fall of 2022 as the “do-over” in launching a child from the nest. Our story is not unique as we are parents to one of the thousands of teenagers suddenly cut off from best friends, favorite teachers, and familiar school halls.

We tried to make the best of a difficult situation

We tried, just like so many others, to make the best of a terrible end for that brave Class of 2020. We held virtual awards banquets and hosted faux proms. We faced each cancellation with empathy and plans to overcompensate, somehow making it all better as if spreading lawn chairs into socially distant patterns would suffice as celebratory graduation parties.

Our kids didn’t know the difference anyway, right? They didn’t know what they were missing. We convinced ourselves that these awkward attempts would turn into great stories down the road. Perhaps we could provide whatever closure or finality was needed for the sense of accomplishment that serves as a springboard for whatever comes next.

For us, the feeble attempts at normalcy simply did not work, although we didn’t find out just how hard those repeated mental blows dented our child’s psyche until nearly a year later. It’s no wonder then that we are nervous about sending our daughter off into the world again in just a few weeks.

We launched our 2020 high school graduates into a collegiate world essentially made for shut-ins. Were we doing the right thing? We tweaked the traditional route in our home, choosing an apartment over a dorm. We would never have entertained the idea for a first-year college student, but it seemed like a fair request for one who had already lost so much. An apartment would mean that our child could “leave the nest” without worrying about dorms closing with the next pandemic spike.

There were no new friends the first year of college

It gradually became apparent that there would be no “new” friends at college. How would there be, after all, when there were no campus activities, football games, or even, to our dismay, in-person classes?

Our hope that our 2020 graduate would find a fresh new tribe among her fellow first-years was quickly dashed when we learned that she mostly stayed glued to her bedroom, visiting familiar faces from high school as local health department mandates permitted.

Social distancing was drilled into her life — much more so than back here, at home. Our collective anxiety rose with the fear of being patient zero and the looming threat of needing to clear out entire buildings. Add onto that the terror of possibly carrying the virus home to loved ones and the stress of her new environment became untenable.

We would not understand until later after the cracks began to appear. We know now that we were not alone.

Ours was not the only child to finally fully crumble, mid-year, during that first attempt to leave the nest. It was as if all that pandemic baggage was sitting in the backseat, traveling with her on that first big journey until, one day, a simple scholastic hiccup caused the ride to come to a screeching halt, thrusting that baggage straight through the front windshield.

It would be months before we got wind of just how sour life had turned, though hindsight showed plenty of missed signals. A shaved head here, a few jobs quit there, generalizations about classes that we’d later learn were no longer being attended — all brushed off as “finding herself.”

When we realized our child’s level of trouble, we rushed to her apartment to bring her home. We concocted a story of how we needed an extra hand and, since classes were remote…why not spend a week with us? We were nearly too late. We sent her off to begin adulting only to realize she was barely even personing.

Still, we had no idea just how long her recovery would take. Certainly no more than a few weeks or months at home before heading back to campus (a dorm this time, for sure).

It took over a year to rehabilitate our child

It took well over a year to rebuild our physical and mental child. It involved endless doctors, counselors, and, yes, time in a psychiatric wing. It was the hardest decision we’ve faced as parents and also the most important one to get right. But we knew that this was not a bandaid that we could apply.

We began to understand how “not alone” we were when we heard about so many other students, “just like your child,” unable to wash off all of that mud of 2020 and, when they did, finding that some of the scars were permanent. Knowing that we were not alone should have helped, but it just felt like another uninvited benchmark placed into the story of our lives.

Still, as we prepare to click on “Pay Your Tuition,” we are extremely hopeful. We have worked hard together. We have shed tears, we have screamed, we have hugged, we have laughed.

Our young adult is now enthusiastically ready to launch. Are we are still fearful? Yes. What if this, too, ends poorly? Then what? Would it make more sense to keep this child home for another year? When will we be able to exhale?

And so, in just a few weeks, we will drop her off again at a different school with a bucket of skills that she did not have in round one. We trust that we now know what clues to look for should she falter. Our pride matches hers as we are all victors in a battle that seemed unwinnable just over a year ago. 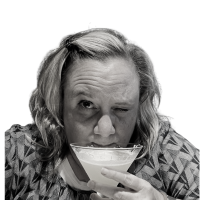 Jyl Barlow navigates life as a (second)wife and (step)mom with inappropriate laughter and near-perfect hindsight. Jyl resides just outside of Richmond, VA (home of the original “bless your heart”) with her family and several pets. Jyl’s writing credits include her personal blog, Funny Pearls UK, Today Parenting, and "What to Expect When You Weren’t Expecting," a memoir about her stepparenting journey, to be published in early 2023. Learn more at JylBarlow.com.