When my husband surprised me with a new car over the Thanksgiving weekend, I cried. It was not a happy cry. Far from it.

This is how it happened.

My husband bought me a new car.

He commandeered the remote during the traditional day-after-turkey Harry Potter marathon to put a car video on the TV that featured his purchase. Then he was silent; he allowed a moment for it to sink in. My daughter figured it out first.

He bought a new car.

I let a little squeal slip out, but only a little one. And it faded fast when he said, “Of course, we’ll have to figure out if it makes sense to try to sell your old car or to donate it.” Wait. WHAT? My car? Never did I think I would be someone who would grow attached to a car. But once he mentioned letting go of the wagon that I have driven for 21 years, it felt like he was asking me to say goodbye to a friend. Possibly even a family member. Could I be any more ungrateful?

When an old car feels like a family member

When we bought it in 1998, it was quite the luxury car. I felt fancy. I was four months pregnant with my third and last child at the time, and a few months later we brought our infant son home from the hospital in that car to meet his sisters. I told myself to stop being foolish, but I couldn’t put the sentiment aside. That car took my kids to preschool. Kiddie soccer. Swim practice. The back seat was loaded up with car seats and booster seats.

My son and his friends piled in so I could drive them from high school to the baseball field, with all their bags of equipment and that certain adolescent post-school scent. For years, I drove my daughter and her friends to dance class in the next town. Those kids also emerged with the smell of the dance studio hanging on their clothing. On rainy days, I picked my husband up at the train station. For years the kids and I played a game as we sat in the car and watched people go by.

“That’s not daddy, daddy’s not a woman.”

That little car-ritual-singsong has survived the years. As I waited in the car this past summer to pick my son up from the train station during his internship, the song in my head went:

“That’s not Matty, Matty has a laptop.”

The car was used for a “promposal.” My oldest got asked to prom when her date decorated the car windows with temporary paint markers. Twelve years after we got it, we used it to take her to college. I was driving that car while bringing my mother-in-law’s belongings inside to set up for her memorial service, when my mind wandered and I crashed into the pillars outside the funeral home.

When I think about what was going on in the world when I first got the car, it seems like another lifetime. In 1998, I heard about the Monica Lewinsky on the car radio. I also listened to a young
Britney Spears sing “Baby One More Time.” I drove the car to the movies to see a new film called Titanic.

When the kids were little, no one was allowed to eat “in the new car.” It looked great. But then, like an old friend, it began to show its age. The rear wiper went. The windows stuck a little. The AC was unreliable. Lately, the radio has been glitchy. Mostly it was just little annoying things, similar to an achy back or a toothache–nothing that requires a major overhaul.

The thing is, it never actually broke down. For a few years, my husband and I said that if we had to do a $2,000 repair, we would get a new car. Small repairs came. We always did them because we rationalized that for that price we couldn’t get a car anywhere in the ballpark of our reliable car. Then he said let’s just get it to 75,000 miles. Then to 20 years.

For 21 years, the car was reliable and safe and I trusted it to get my kids where they had to go. Around town, people who I haven’t seen in a while would ask me if I was still driving “that car.” More than once, it has been called “almost vintage.”

It was about a decade ago, when my daughter tried to convince me that I needed to up my image, and that my 10-year old car just wasn’t cutting it. So I started looking around. I got a little intrigued by the choices out there. I peeked inside cars when I walked through parking lots. Such fancy new features!

To me, pretty much any feature of a new car would be new technology. My car has a cassette player. There is no video display. No bluetooth. No remote locking. In order to know who is singing on the radio you either have to use Shazam, or wait for the deejay to tell you. Or ask the kid next to you, who will gladly create a special College Visit Playlist to play on his portable speaker from his phone when the two of you venture out on 11th-grade road trips.

When we went to pick up the new car Thanksgiving weekend, my husband was pretty excited. The salesman at the dealer went over all the new features with us. Backup camera, safety features, GPS, remote start, parked vehicle locator, blah, blah, blah.

All I could think about were the beach trips. The ski trips. The quiet talks when I learned the important stuff just driving my kids to and from playdates. This car held our family history. If leather seats could talk…

Now, my family is changing. That baby is 21. He is more than halfway done with college. My son has known no life before that car. This car mirrors my family. I think that is why it is so hard for me to say goodbye to it–it represents their entire childhood.

I’m sure it won’t take me long to get excited about the new car. It’s beautiful and it will be a pleasure to drive. My husband surprised me with it, and that is so lovely.

And with the track record I have for car longevity, it is very likely that this car will hold car seats too.

33 Life Skills Your Young Adult Needs to Learn to Adult 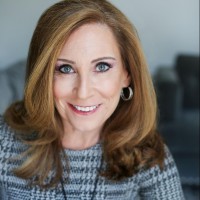 Melanie Wilson teaches women entrepreneurs how to write better through a series of Business Writing Bootcamps. She runs a local chapter of a women in business empowerment group, covers the education beat for a local online newspaper and does the marketing for a local professional theatre company. She lives in Summit, NJ and is watching her children slowly leave the nest.