To the parents of the surviving students of Marjory Stoneham Douglas High School in Parkland, Florida, I say – with profound respect – “thank you.”

Unwittingly thrust on the public stage, your kids have demonstrated maturity beyond their years, due to circumstances no child should ever have to face. In spite of their grief, pain and anger, they’ve channeled their energy into some of the most cogent, confident and articulate action I’ve ever witnessed.

By demanding to be heard, standing their ground, and going head to head with many of most seasoned politicians and special interest groups, they’ve already achieved what others have long striven for and come away empty-handed. Your children have become the catalyst for change. History has its eyes on them. 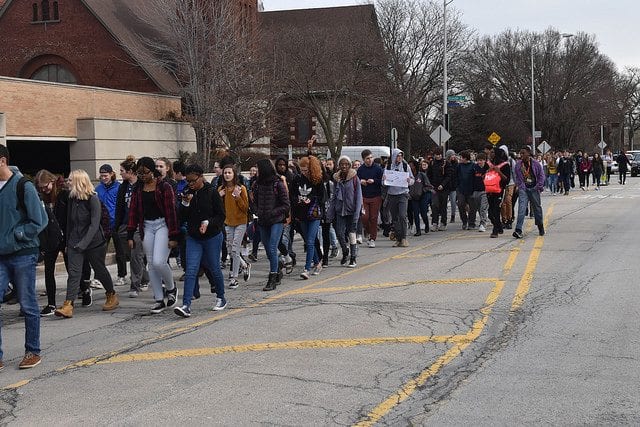 Whether you intended to or not, you’ve raised activists and for that, I and hundred of thousands of Americans (maybe more) are infinitely grateful. Not only for the incredible selflessness your children have displayed, but also for the inspiration they have created among us all – and notably, among other children.

You see, I have been trying to raise my children as activists and, every day since February 14, 2018, I’ve been showing them the amazing speeches and TV interviews your kids have given. The actions your kids have taken in such a short space of time – organizing nationwide marches, raising money, taking on politicians whose first instincts were to dismiss them – have prompted so many valuable and tough conversations with my two children about what’s needed – of each of us – to put this world to right.

I believe my job as a parent is to raise good kids. Not just polite, kind, empathetic kids but tweens and teens who understand that complaining is not a strategy for change. Kids who are motivated to get off the sidelines and work for change, whether it be in their homes, schools, communities, or the world at large.

But it’s not that simple because kids are kids, wired to be selfish with a perspective that is naturally quite basic and narrow. Their motivating priority is usually whatever is immediately next: the next TV show, snack, tweet, video game, book, soccer game, chore, homework, date, test, etc.

So what can you do to raise an activist?

1. Talk to them about what’s going on in the world.

Discussing big world issues can seem insurmountable and remote from kids’ daily lives. After all, the world can be a big scary place. Heck, America is a big scary place. But it’s important to talk about the challenges faced by countries and communities all over the globe. Help expand their worldview so they appreciate they are citizens of the world.

For me, these conversations most often happen organically in the car, as we listen to NPR and chit-chat. I try to answer their questions as honestly as I can, which isn’t always easy, but I think they deserve it. Kids are smarter than we often think.

2. Ask questions about what matters to them most.

Help them identify the causes and issues that concern them most. Talk about what might be done to make things better. Brainstorm concrete actions with them, no matter how small. It could be raising funds through a lemonade stand, writing a letter, joining a neighborhood group – ideally something that’s attainable and practical and makes them feel like they are contributing. Support them as they nurture their first steps as activists. Encourage them to recruit their friends. Let them know their actions matter.

3.  Show examples of how others are taking action.

The good news is examples are all around us. People protesting on street corners, marching, groups organizing and meeting to discuss a plan of action, campaigns on social media, speeches, videos, people writing to and lobbying their representatives, school walkouts. ‘Good trouble’, as my hero representative John Lewis would say. Be sure to point out activism wherever you see it.

Be an activist yourself! Go on; there are plenty of causes. Quit complaining on Facebook; turn that energy into action. The good news is there are innumerable grass-roots organizations seeking new members with action plans and play books for you to use. It may feel uncertain or uncomfortable at first but you’ll soon discover that having the courage to speak out and show up feels good.

My kids are witnesses to the hard work that goes into organizing, communicating and motivating others to also participate. They’ve made signs with me, marched with me, attended huddles and meetings. And yes, they often also yell at the TV and radio with me.

If saving the rainforest seems too elusive, then I recommend you and your kids direct your compassion and commitment to action that will benefit your neighborhood. Pick up trash on a playground; hold a bake sale for your library. Even better, go meet your local representatives and talk to them about their jobs and what you think needs changing in your neighborhood. Make taking local action a family commitment, make it fun.

Activism is a marathon, not a sprint, and setbacks are inevitable. It’s OK to be frustrated, exhausted, even outraged and for your kids to see and feel that too. Because as long as you can channel that emotion into renewed commitment and action, then they’ll understand that playing the long game and staying the course is how this thing works.

Being an activist and raising them isn’t always comfortable. Many days I’d rather stay home, laze on the couch and binge watch Grey’s Anatomy. And kids need to be kids. Hang with their pals, play video games, study, shoot hoops and all that. Finding the balance between the hard graft of activism and the natural rhythm of family life is key.

During a recent car ride with my ten year-old, we were talking about the amazing Parkland students and how they’d already accomplished more than legions of other adults. Without any prompting, she offered this quote by the character Steve from the movie Wonder Woman – and I was blown away.

“I guess I gotta try. My father told me once, “if you see something wrong happening in the world, you can either do nothing, or you can do something. And I already tried nothing,”

So back to you, the parents of the #ParklandStudents. Kudos to you for letting your kids demand change. I can only imagine how terrified you are right now, fighting the urge to wrap your kids in cotton wool and shield them from the ugliness of the world. I sincerely hope your kids find the time and space to grieve their friends and teachers, and return to being students.

But please, let them know they’ve become a new generation of role models to activists young and old worldwide, offering inspiration and glimpses of hope.

They are showing us all how it’s done and, for that, we say thank you.

Grief: The One Thing That I Never Prepared My Teens For Samantha McGarry is a working mom and wife, parent to one teen/aspiring artist and one tween/aspiring karate black belt. She lives in Framingham, MA and blogs at Keeping the Glass Half Full 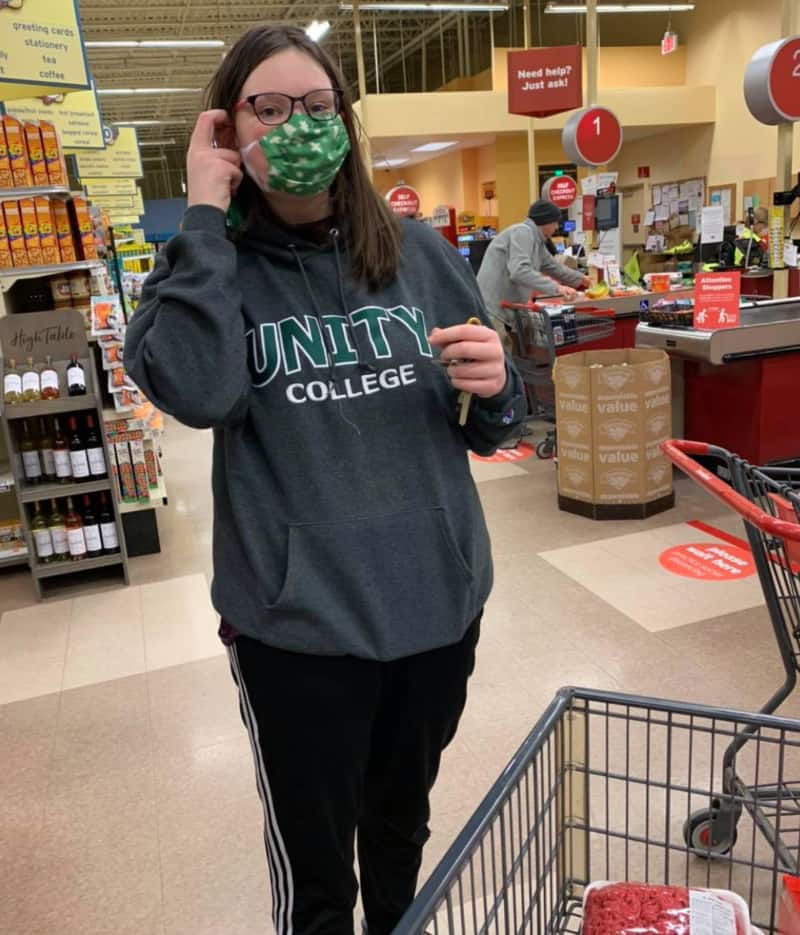 When This High School Student Lost Her Part-Time Jobs, She Started Helping Others

Alex Cannon of Bedford, New Hampshire was a high school senior holding down two part-time jobs. Then came the outbreak. First, Alexa’s pet-sitting business fizzled because who needs a pet-sitter when no one is leaving the house? And then, when all events were canceled, her job doing events for a local radio station fizzled as… 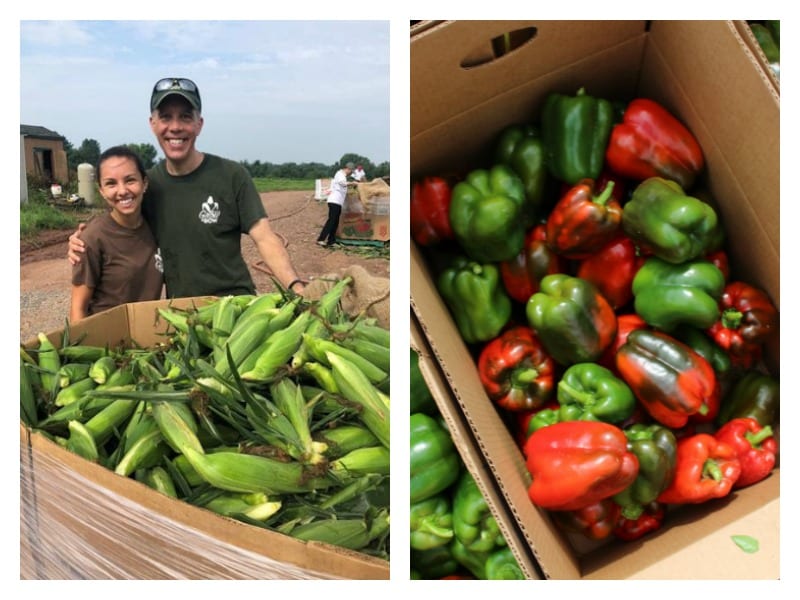 I’ve been thinking a lot lately about how I desperately craved time to myself when my kids were little. Don’t get me wrong, I loved my kids at every age, but I also wasn’t very good about creating “me time” (or the more politically-correct term, “self-care”), and I would often feel overwhelmed by the sheer… 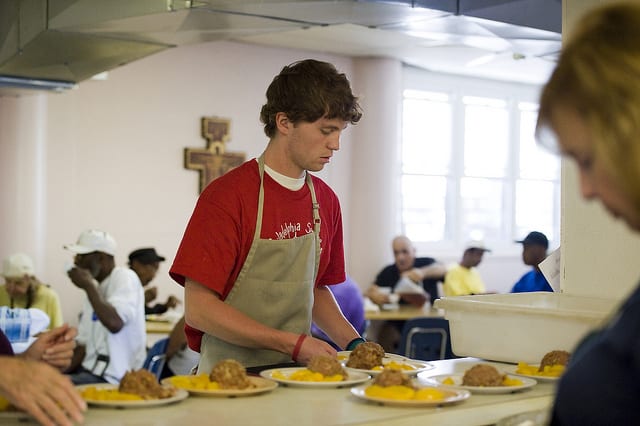 “Did you turn in your volunteer hours yet?” “Be sure to document the hours you volunteered!’ “Don’t forget your service hours are due!” “Get those hours done or you can’t graduate!” Parents of high schoolers, do those statements sound at all familiar? If the answer is yes, you’re not alone. Not only are today’s teenagers… 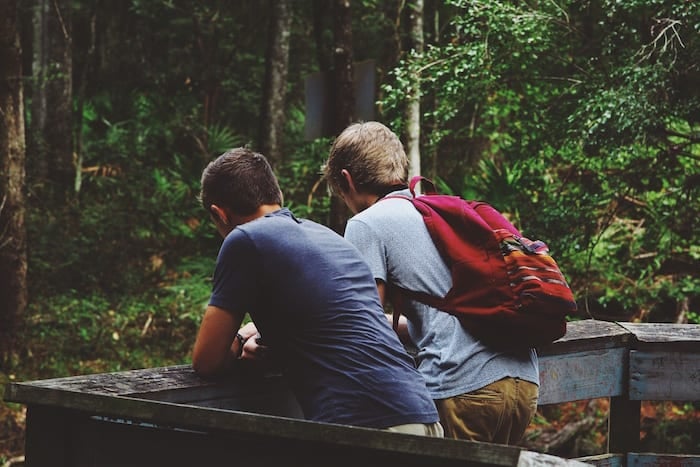 I’ve spent the better part of the last few months helping a teenager fill out an assortment of personal applications. From college and scholarship applications, to job, club, honor society, and collegiate organizations, he’s diligently had to make a personal pitch in the hopes of earning whatever position or accolade they are offering. As I…