“Hey, Mom,” my 15-year-old son says from the kitchen table where he’s finishing up his homework for the night, “what do you say to a couple of episodes of Friends?” He sits beside me on the couch, places his laptop between us, and logs into his grandmother’s Netflix account—a bit of piracy I overlook in the interest of choosing my battles—and we check in on what’s going on in Monica and Rachel’s apartment tonight. [More on the Best Movies to Watch With Your Teens here.]

I was a latecomer to the Friends phenomenon. In 1994, when the show debuted, I was attending a college so far out of the mainstream we barely felt the current. After graduation, I spent several years in various TV-free environments: in an old Air Force barracks (as an AmeriCorps volunteer), in a tent (hiking across Colorado), in a treehouse (on my father-in-law’s property), in a cabin with no electricity (working for the US Forest Service). By the time my husband and I moved into an apartment where our borrowed turn-knob TV picked up more than one channel, Friends was in its fifth season, the one where Ross and Rachel accidentally get married in Vegas.

We quickly became fans and not only watched each Thursday’s new installment, but also the reruns that aired nightly. After work each evening, I would cook dinner and we’d sit on the couch with our plates at 7 p.m. to watch a vintage episode. After a time we began to think of the Friends characters as our friends, and I’d tell stories from the show as if they’d happen to people I actually knew: “Remember when Joey put Little Women in the freezer?” or “It’s like the time Phoebe got her head caught in her sweater sleeve.”

We had just moved to a small town in Maine where we knew few people our age. Most of my co-workers were older, raising teenage kids at the time, and whenever I attended adult ed classes—yoga, photography, American sign language, herbalism—all of the other students had gray hair. With no Central Perk to hang out in, I couldn’t figure out where the other twenty-somethings were, and I concluded that they had all either moved to Portland or Boston or were home taking care of babies.

We had a baby of our own in 2001, but continued our evening ritual of dining with our Friends until the time our son’s little diapered butt bounced up and down in time to the theme music. We decided dinner in front of the TV set a poor example and we began to eat en famille at the kitchen table.

We still kept up with the new installments until the show’s finale three years later, but by then we had actual real-life friends, people we’d met by virtue of them also having a child our son’s age, and didn’t need the weekly boost of virtual friendship. I watched Friends reruns on occasion when I stayed in a hotel on a work trip—the show providing a welcome decompression from whatever meetings the day held—but mostly didn’t think about it again until my son pulled the Season 1 DVDs out of the cabinet last spring.

I had forgotten about All The Sex. Our friends spend most of their time doing it or bemoaning not doing it. It was a little uncomfortable watching my old friends discuss positions and techniques in front of my 14-year-old, but he didn’t seem to mind so I let go of the sex and focused on the humor. Since then we’ve watched a few episodes a week. He likes the show so well he recently said, only half-joking, “I’d like to start a Friends club, where we watch the show after school.” I teased him that this was a ploy to meet girls, but I suspect that he just wants what we all want, relationships with people who share our interests, pick us up when we’re down, and make us laugh.

I worry a little that Friends gives him a skewed idea of what adult life is like—you can have a huge apartment in New York on a coffee shop salary, and everyone is beautiful and eager to have casual sex. I’d like to think that the show offers some overarching lesson about enduring friendship, but the truth is I’ve had relationships flounder and fail for much more minor transgressions than the Friends characters inflict on each other. In any case, I don’t think my own behaviors or expectations of life have been unduly influenced by the shows I watched as a kid.

The episode comes to a close. Whatever antics our imaginary friends got themselves up to this time around get straightened out. We laugh at the last joke. The theme music winds down. “Want to watch another one?” my son asks. Of course I do.

Lessons for a 9th Grade Son

Home / Articles / High School / Teen Boys / Mom to Son: I’ll Be There For You (Life Lessons From ‘Friends’)
FacebookPinTweetEmail 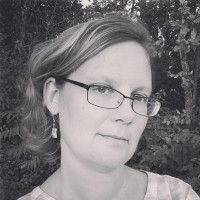 Andrea Lani is a writer, naturalist, and mother of three boys. Her writing has appeared in Role Reboot, Mutha Magazine, and Brain Child Magazine, among other publications, and she's an editor at Literary Mama. She lives in Maine and can be found online here