To live with a teenager means you are familiar with the esteem in which they hold their hooded sweatshirts. Just take a walk down any crowded high school hallway and you’ll find that pretty much every teen is wearing some version of a hoodie. In fact, they wear them all day, every day. The fires of Babylon could be raining down fire and brimstone and teens would pull their hoods up to protect themselves from the flames.

Teens love hoodies and my son is no exception.

When he was headed to middle school, he sheepishly asked me if we could do some shopping to update his wardrobe. “I wanna get some cooler clothes, Mah,” is what he said. Thrilled at the prospect of seeing him in something other than the athletic shorts and graphic tees he wore year round, I enthusiastically took him shopping. I had visions of button down Oxfords, khaki pants, perhaps even a jaunty bow tie (I’m kidding, mostly).

He had his eyes on hooded sweatshirts.

As we browsed the men’s clothing section, he picked out three hooded sweatshirts and declared our trip over, before we’d even made it to the jeans department.

“But, shouldn’t we buy some jeans? Or cargo pants? Or, how about a nice three-piece suit?” I pleaded.

And that’s how the teal green Nike sweatshirt became my third child. 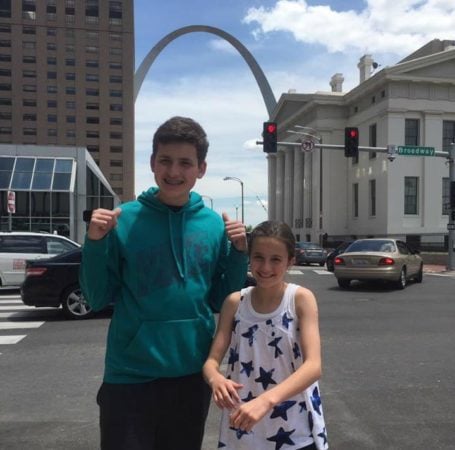 I say that because he wears that thing so often, it’s taken on a life of its own. Frankly, I should probably start putting money away for Teal Nike’s college fund. That thing is going to need a room of its own because it smells like unwashed teen more than it doesn’t. But, I probably needn’t worry: I’m sure his roommate will be bringing his own hooded companion.

Almost every picture I have of my son is him wearing that teal hoodie. And, it doesn’t matter what the occasion, either: he wore it to Christmas Eve at my mother in law’s. He briefly took it off but that was only because my sister in law gave him a different hooded sweatshirt. But he was being polite because his teal sweatshirt is always his number one companion. Rain, sleet, snow or hot as balls summer day, that boy is wearing a hoodie.

And so are all of his friends.

At first, I fought his clothing indifference. I used to argue with him about wearing the same clothes, day after day. I used to question why he didn’t want to express himself more with clothing.

And then I realized that I used to be that way, too, when I was a teenager. Certain articles of clothing made me feel good about myself and I wore my 80s jean jacket until it frayed at the seams. So many memories attached to that jean jacket and to this day,  my closet is never devoid of a jean jacket to wear on a chilly night.

My jean jacket helps me remember my youth.

And I’m pretty sure his hoodie makes him feel secure, much like when he was young and he couldn’t sleep without a stuffed caterpillar he nicknamed “Pow pow.” Many a night found me searching on a darkened floor because his bedtime sidekick had been lost in the recesses of his sheets and he couldn’t sleep. I’d often find him clutching his security stuffed animal, fat cheeks slack with sleep.

I’ve come to love his teal hoodie because I know it represents a time that’s fleeting. A time that I will look back on fondly, when his laughter filled our house and his raucous hoodie wearing friends teased me as I drove them to the movies. I realize his hoodie is what he wears when he’s walking through the hallways of his high school, laughing with his friends. His hoodie dutifully soaks up his sweat when he’s playing Manhunt on dark summer nights and is the third wheel on dates to the ice cream shop.

His hoodie silently bears witness to his teenage life, keeping his secrets and faithfully making him feel secure at a time when teens are most vulnerable.

I’ve grown to love his teal sweatshirt because, while yes, it smells like my son (and not the good parts of him, mind you) but it also reminds me that he’s only young once. He’ll outgrow the teal hoodie someday and there will come a time when I’ll see the sleeve poking out of a donation box and I’ll be wistful for the days when he lived under our roof.

I won’t miss the smell, though.

So, teal Nike hoodie, take good care of my boy. When he’s a new driver, help him to make good choices on the road as he’s wearing you for warmth while cruising down a beach highway at sunset. When he’s in a basement where kids are drinking, keep him confident as he shakes his head and turns down alcohol before he’s old enough. And, on that day when he meets the girl who makes him feel loved, keep his heart warm as he drives home with her perfume on your sleeves.

Take care of our boy, teal Nike sweatshirt. I’m counting on you.

I Won’t Argue With My Teens About Their Style Choices

Summer Style at Grown and Flown: Put Some Camo In Your Life 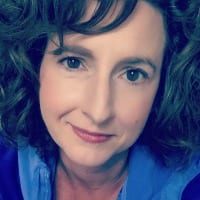