Answering questions with a single word, refusing to elaborate on what happened, and being intensely private about everything. Why do teen boys withdraw and leave us desperate for more details — and a more satisfying relationship? Just throw us a bone!

“Girls are socialized to talk about emotions much more than boys are, and this can make teenage boys think that sharing their feelings is a ‘girl’ thing to do,” says Dr. Lisa Damour, bestselling author of Untangled: Guiding Teenage Girls Through the Seven Transitions into Adulthood and Under Pressure: Confronting the Epidemic of Stress and Anxiety in Girls, whose latest book, The Emotional Lives of Teenagers: Raising Connected, Capable, and Compassionate Adolescents, is available for preorder now.

“Boys may have difficulty describing their feelings because they haven’t had enough practice. However, putting feelings into words is very therapeutic,” says Dr. Damour, co-host of the podcast Ask Lisa: The Psychology of Parenting. “The simple act of naming a feeling is almost magical in its ability to reduce some discomfort associated with that emotion.” So, don’t give up — and consider these low-key strategies for encouraging deeper conversation.

1. Show that men talk about feelings too

“Much of the emotional work at home is done by mothers, and research shows that kids assume that if they go to their mom with a problem, she’ll talk with them about how they feel, but if they go to their dad, he’ll talk to them about how to fix it,” says Dr. Damour. Unfortunately, if a mom tries to have a heart-to-heart with her son, that can make him even more likely to clam up because it may only support his belief that discussing feelings seems girly.

“Dads and other men in boys’ lives need to initiate and model conversations about negative and positive emotions,” says Dr. Damour. One way to do that is to build it into your everyday routine. At dinner, make a habit of going around the table and having everyone describe the best and worst parts of their day.

With younger kids, it can be very helpful to articulate for them how they’re likely feeling (“I can see you’re very frustrated”), but teenagers—who are defined by their wish for self-determination—don’t want their parents to tell them how they’re feeling, Dr. Damour, says.

To honor teens’ natural drive for autonomy while keeping a conversation about emotions, Dr. Damour suggests trying an effective technique that therapists often use: Instead of putting teens on the spot, engage in a more general way. At home, this can take the form of asking, “What are people saying about what happened at the party?” or “What’s the temperature right now about finals? I remember this was a tough time for your brother last year,” or saying, “Anyone in your shoes would be upset.”

Especially when a topic is sensitive, it’s best to come at it sideways. “If you say, ‘I bet that a lot of people are feeling disappointed in that teacher,’ you won’t be cornering your kid and making him claim the emotion. He may respond or leave it, but he’ll still feel relieved that the words have been put out there. If your kid shrugs and walks away, at least you’re talking about feelings.”

Even when you feel like you haven’t made much headway, initiating conversations like these will reassure your kid. “When they’re weathering their first heartbreak or feeling the sting of getting cut from a team, teenagers can secretly worry that there’s something wrong with them for having such powerful emotions,” says Dr. Damour. This may be particularly true for young teens. “When adolescence hits, emotions become supercharged.

A 14-year-old may be melting down about not being able to find the pants he wants and also be aware that he wasn’t having meltdowns like this when he was eleven,” says Dr. Damour. Anytime you can validate an emotion your son is having, it’s a double gift: You’re putting the feeling into words and saying it makes sense that he has that feeling. He doesn’t need to worry that there’s something strange about the intensity of his emotion.”

Parents often assume that if their son is in emotional pain, the best — or only — solution is for him to talk about how he’s feeling. “You may be worried that he’s going to do something drastic — that all his emotions are bottled up, and they’re going to come out destructively,” says Dr. Damour. However, having a discussion can make a kid feel worse by causing him to ruminate about the problem. Instead, Dr. Damour suggests offering comforts — such as bringing the dog with you in the car if you think he may have bombed a test or offering to make his favorite foods — as a highly effective way to help teens handle painful feelings.

Parents should also recognize and appreciate when teens find harmless ways to comfort themselves. For some adolescents, listening to music — even blasting it — can be a helpful strategy for managing painful feelings.

Questions that pop up on your kid’s phone may seem less annoying, and his responses will probably come out of his fingertips with less second-guessing about what he’s saying. “Texting is a very powerful way to have conversations with boys, and there’s no shame in that,” says Dr. Damour. “As long as kids are talking about their feelings, it doesn’t matter to me how it’s happening,” Dr. Damour says.

A key advantage is that texting is asynchronous: You can ask a question or raise a topic, and your kid can see it and sit on it for two hours before responding. He can think through what, if anything, he wants to say. Texting can be a casual way to say, “Hey, you seemed grumpy this morning. I’m thinking of you. Happy to talk.” Your son isn’t on the spot and doesn’t have to respond immediately. To keep kids out of the hot seat when talking in person, it’s wise to leave conversations open-ended. You can tell him, “Whenever you want to talk, I’m here.”

Whether your son says, “That’s pathetic, Mom,” or gives you the silent treatment, it’s easy to go down that rabbit hole and decide he hates you. “When everything you do seems to rub your kid the wrong way, it can feel very personal. But it’s rarely as personal as it feels,” says Dr. Damour.

It’s important not to hold a grudge because teenagers can be salty or snippy and snap out of it five minutes later. And if you’re still mad about what they did five minutes ago, you’ll be missing out. “Try not to be very reactive and continue to be kind and make room for the possibility that he was in a mood that has nothing to do with you,” says Dr. Damour. “If you don’t make a big deal about it, there’s a good chance that he’ll be in a different mood soon and, perhaps, in the mood to connect.” 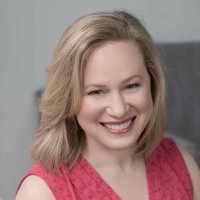 Diane Debrovner was the deputy editor at Parents magazine, where she oversaw coverage of parenting, health, child development, education, relationships, and books. She has written feature articles for the magazine and Parents.com and now writes middle grade fiction. She has appeared on TODAY, Good Morning America, CBS Early Show, and CNN, and has co-hosted Parents podcasts. Diane lives in New York City and is the mother of two (one grown; one flown) daughters. Follow her on Instagram and Twitter @ddebrovner.