Dropping my son off at college sucked, despite my preparation for this moment since he was 2 years old and starting preschool. My son refused to enter the classroom and was physically removed from me as we both cried. He encored this performance every year through kindergarten, when he refused to get on the school bus and I chased him up and down the muddy front yard in my heels and suit, as an entire busload of kids pressed their noses against the windows, staring in disbelief. Smaller and faster than me, he ran back home and locked me out of the house.

Thirteen years later, I was banking on him not refusing to enter the dorm and to stay put. As it turns out, he wasn’t the problem.

I knew I’d be upset at drop off, and thought I had gotten most of the sobbing out of my system in the restaurant bathroom during dinner and right before our farewell, but apparently there was an endless supply of tears  and not enough tissues in my handbag to contain the situation. I cursed myself for wearing mascara; this was hardly the time to make a good impression on the other moms. And for crying out loud, how could I forget my allergy meds that morning?

I just didn’t expect to be this much of a mess, considering I had cried through prom pictures, senior dinner dance, award ceremonies, and graduation. I was ready. Surely my husband and I would walk away from the dorm, smiling, holding hands, and congratulating ourselves on a job well done. Right? Instead, I screamed at my husband to drive faster, and he pointed out the obvious: We were still on campus and preferred to not hit someone.

In the weeks after drop off, I kept busy with work projects and volunteering and obsessively planned for my son’s first visit home. I scrubbed his room and sheets with sufficient amounts of fabric softeners and detergents to induce an allergy attack down my entire street. I shopped and cooked, even though somewhere in the recesses of what little intelligence I had left, I knew he would most likely sleep through breakfast and lunch. I stopped myself before ordering a “welcome home” balloon bouquet, realizing that he’s an 18-year-old young man, and that my behavior would not only freak him out, but his sister as well.

Still stuck in the denial phase of loss, I continued to prep like crazy until my son texted me on the ride home to let me know that he’d be going out later that night with some high school friends who were also coming home for the weekend. My husband was away on business and not scheduled to return until much later that night, and my daughter had plans. I was home alone, staring in disbelief at my phone. What did he mean by “having a quick bite and going out?” Do I look like a restaurant?

The only rational thing I did in the weeks since dropping him off at school was not responding to that text on impulse, and containing my helicoptering neuroses. I realized that prepping for perfection was an unattainable and unnecessary goal. My family wasn’t perfect before my kid left for school, and now I had every assurance that nothing had changed. No matter how much my kids may have missed each other, they still got on each other’s nerves, bickered at the dinner table and fell into old patterns. Life pretty much instantly reverted back to what always was our “normal” – until senior year.

My son has been living off campus since sophomore year. He has long since abandoned the university meal plan and conveniences of cleaning services and laundry facilities in the dorm.

He’s been figuring it out for himself for almost three years now, and as much as I hate to admit it, he’s a big boy.

Suddenly there was no rush to catch a ride home within minutes of ending his last final, and his actual arrival date seemed nebulous at best. He stayed up at school to socialize with friends and his girlfriend, and was in no rush to plant himself on my couch.

He has his own couch now.

When my crown prince finally did grace us with his presence, he was on a schedule: He had made various doctor, dentist and haircut appointments, and had plans with friends and colleagues from his summer internship. He cooked for himself, kept a calendar I was not privy to, and continued to conduct his own life.

My boy had grown up and matured, and now I had some catching up to do.

So many times over the past few years I’ve wanted my world to stand still and grant me just a little more time with my children. It strikes me as odd that as a parent, I’m fighting the very milestone that I obsessively prepared for: guiding, teaching life lessons, time management skills, prioritizing, and positioning to make sure that he was launched.

My son has grown up and we are renegotiating our deal.

I’m trying to ask less invasive questions, hold my tongue when I’m tempted to give advice that is obviously superfluous and take my cues from him. He doesn’t need me to point out that he should really go to bed before 2 am if he has an early morning appointment; he already manages quite well in college without a human alarm clock.

I find myself left wondering where I fit in.

Will I still be a significant part of his life while giving him the space he needs?

Do I have a choice, and more importantly, would I want it any other way?

When Her College Kid Was Sick, This Mom Sent Chicken Soup to NYC With Love 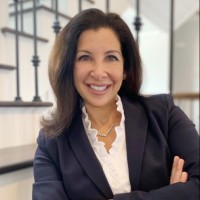