With June 19 just around the corner, you’ve likely heard about a Black holiday called Juneteenth. This celebration has been around for almost 200 years and gains more and more attention every year.

Many Black people treat it as our version of the 4th of July, our day to celebrate freedom. But there are still plenty of people who have no idea what the day is, mainly because it’s not often taught in schools. If you’re unsure what Juneteenth is or are looking for an excellent way to explain it, look no further.

Some people say that Juneteenth is the day slavery officially ended in the United States. But that’s not exactly true. Slavery officially ended on January 1, 1863, when President Abraham Lincoln’s Emancipation Proclamation took effect. On June 19, 1865, enslaved people in Galveston, Texas, finally learned that they had been freed two years prior. Juneteenth gets its name from the date those last enslaved people found out they were free.

On that date, Union soldiers, led by Major General Gordon Granger, made their way into Galveston, bringing word that the war was over and the enslaved people were free. This wasn’t possible until the surrender of General Robert E. Lee in Virginia in April 1865. Upon arrival in Galveston, General Granger made this order:

The people of Texas are informed that, in accordance with a proclamation from the Executive of the United States, all slaves are free. This involves an absolute equality of personal rights and rights of property between former masters and slaves, and the connection heretofore existing between them becomes that between employer and hired labor. The freedmen are advised to remain quietly at their present homes and work for wages. They are informed that they will not be allowed to collect at military posts and that they will not be supported in idleness either there or elsewhere.

So, what happened? How did these slaves not know they were free?

There are three main theories as to what happened. One theory is that a messenger bringing the news of emancipation was murdered before he could deliver the news. Another theory is the information was deliberately not shared by the enslavers so that they could keep their labor force on the plantations, which sounds incredibly likely. Going off that, the third theory is that the federal troops chose to wait for the enslavers to reap one more cotton harvest before heading to Texas to share the news of emancipation.

While no one knows for sure what the answer is, they all seem like they would make some sense.

Juneteenth is now a national holiday

For the last 42 years, Juneteenth has been recognized as a holiday in Texas, which is fitting given the state’s connection to the date. Since then, 49 states and the District of Columbia have moved to recognize Juneteenth as a holiday.

Senator Bernie Sanders called for it to become a national holiday in 2019. And back in 2018, the U.S. Senate passed a resolution designating June 19th as “Juneteenth Independence Day.”

In 2021, the US Congress passed a bill to make Juneteenth the nation’s 11th federal holiday and President Biden signed it into law on the 17th!

Many companies had already begun to acknowledge it as an important holiday. Twitter and Square, the mobile payment company, consider it a holiday and give the day off with pay. Jack Dorsey, chief executive and founder of both sites, describes the day as a time for “celebration, education, and connection.” Additionally, the NFL and Nike made similar announcements, a significant departure from their past stances.

How you can celebrate Juneteenth

There are many ways you can celebrate Juneteenth, as evidenced by global celebrations. Parades are popular in places like Atlanta and Washington. In Galveston, the place where everything happens, festivals are usually plentiful. There are usually things like barbecues, parades, musical performances, and even a beauty contest.

Food is an essential component of the event for people who may be celebrating a minor event at home or with family. Red drinks like strawberry soda are a nod to hibiscus and kola nuts that came through the Middle Passage. Things like watermelon shave ice are also popular.

Cookout foods like sausages, fried green tomatoes, okra, and potato salad are also common and delicious foods. Finding your local Black-owned restaurant and placing an order is a great way to honor the holiday.

Juneteenth started as a day of independence. And it still is. But now, it’s a testament to the strength and resilience of Black Americans in the face of a continuously uncertain future. Reflecting on the Black experience and highlighting the positives is a great way to honor the day.

Home / Articles / News / Juneteenth is a National Holiday: What You And Your Teens Need to Know
FacebookPinTweetEmail 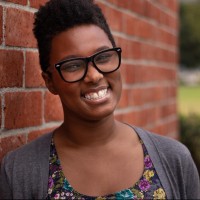 Sa'iyda Shabazz is a mother and writer who lives in Los Angeles with her son, partner and three pets. When she's not writing, you can find her baking cookies. Follow her on Twitter or Instagram.