My phone pinged one day, and I was surprised to see it was from a friend of my high school daughters.

“Mrs. Cain — I think I have bad ADHD, but my parents just think I’m not behaving or doing my best. What should I do?”

I stood, breathless, staring at the words on my screen.

“You need to initiate a conversation with them. A serious, not goofy or dramatic conversation. Take a few days to think about how you want the conversation to go. But the most important thing…..you MUST remember that they love you, and they may not understand exactly what you’re telling them.”

This one wanted to be understood in a world where teens are judged in just about every way possible by their parents.

As a parent, I have been battling mental health issues alongside my own children for four years. Every day I feel I learn something more, understand a little better, and can advocate for them better. While our journey started out hard and dark, I feel it has become illuminated — still hard — but less hidden.

While the world jests at my “helicopter” parenting, I shrug and acknowledge that my children are in a very different place than I was at their age and require a different kind of effort from my parenting. This article isn’t about me, but let me just lay some groundwork for you…

My son was struggling with his mental health

Four years ago, I believed my son was acting out because we had moved him from his only home, lifelong friends, and familiar routine to an unknown city in a faraway state in a culturally different region of the United States — all at the onset of adolescence. It was fair to be upset, right? The chemicals would settle, and he’d be fine. He was always easy and happy-go-lucky and would return to it soon enough.

Six months later and I still wasn’t seeing my old son. He was telling me “no” quite effortlessly and not getting up for school. He had racked up over twenty absences by the end of sixth grade. He had no close friends, found joy in nothing, and gave up all his hobbies. I kept asking what was wrong…..but I also kept ignoring his answer.

I would answer with, “Of course, you can do this! Get out of bed, have breakfast, and you’ll be fine.”

I was the one person he would talk to, and I wasn’t listening.

The end of the school year came, and after a particularly difficult morning with me signing him in late to school in tears, I went to see the school psychologist. He sat and listened to me for half an hour and occasionally jotted some notes down. At the end of my “What have I done wrong?” rant, he looked me in the eye and said, “Mrs. Cain, you need to take your son to see his pediatrician and have him tested for anxiety and depression.”

I did it, I took him to the pediatrician:

Not one but THREE diagnoses confirmed that my son was struggling with his mental health.

From that moment on, my parenting style immediately HAD to change. I had to educate myself on mental health, a topic that had never really been clear or spoken of openly in my presence. I had to stop parenting to please the world’s expectations of me as a parent. I had to let go of what I thought perfect parenting was, and I needed to become the parent my teen needed to feel safe with. I read and read and went to seminars, and I learned one thing above all others: I needed to learn how to listen.

I’ve always been a communicator, eager to talk things out-but my children did not find it so easy to say what was going on in their hearts and heads. Or did they?

“Momma! I can’t tell you what’s wrong because I DON’T KNOW! I just woke up like this! Nothing has to have HAPPENED!” Oh — so that’s how depression feels?

“Momma, I haven’t slept in weeks. Melatonin isn’t cutting it.” You mean anxiety robs you of your sleep too?

“YOU MAKE EVERYTHING WORSE! WHY CAN’T YOU JUST LEAVE ME ALONE???” So I’m not helping you by talking through it —and you just need space?

An important part of listening is to have something to hear first. It is imperative that teens are given the authority and power to use their own voices in advocating for their mental health. Here are a few ways I try to help foster this in my teens

Friends, if you are a teen struggling with mental health and no one is listening, I am truly sorry for the frustration you must be feeling. May I please encourage you to calmly initiate a conversation with your parent/guardian/loved one, knowing they may not understand? But….what if they do?

And Friends, if you are parents of a teen struggling with their mental health, can I encourage you to do your best to try and listen? And if you feel like you are listening, can I please encourage you to help them learn to advocate for themselves with their own voice? I’m still learning to listen and to teach them how to advocate for themselves, and I would love to hear how you are making a go of it with your teens! 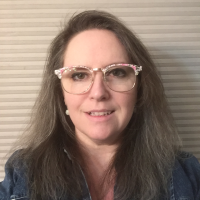 Marla has a twenty year old and a seventeen year old, and often feels like her best is a long reach, but she's loving life and learning as she goes! Her family upended everything six years ago when she moved from Alabama to New York, switched from homeschooling to public school, and she went back to work. So, so much to learn as life keeps changing and growing us!