If you are a mom to a son or daughter who is about to leave your home to go away to college, and you are struggling with your relationship, I want to share something with you.

In high school, I couldn’t stand my mother. We would fight so much it affected my three sisters. She’d push, I’d push 10 times harder. I remember telling her when I left for school I wasn’t going to come home, ever. Not on breaks, not during summer vacation, not ever.

Part of this was to get a rise out of her and see what she’d say. I felt she was so involved in her life, her career, her new husband, and I was invisible.

But looking back now, I see another part of the story. We both knew I was leaving, and the chances of me coming to live back at home were extremely slim since that is the expectation most of us have when we leave home for the first time. Why not make it easier by being really nasty to each other to ensure the separation was as easy as possible? 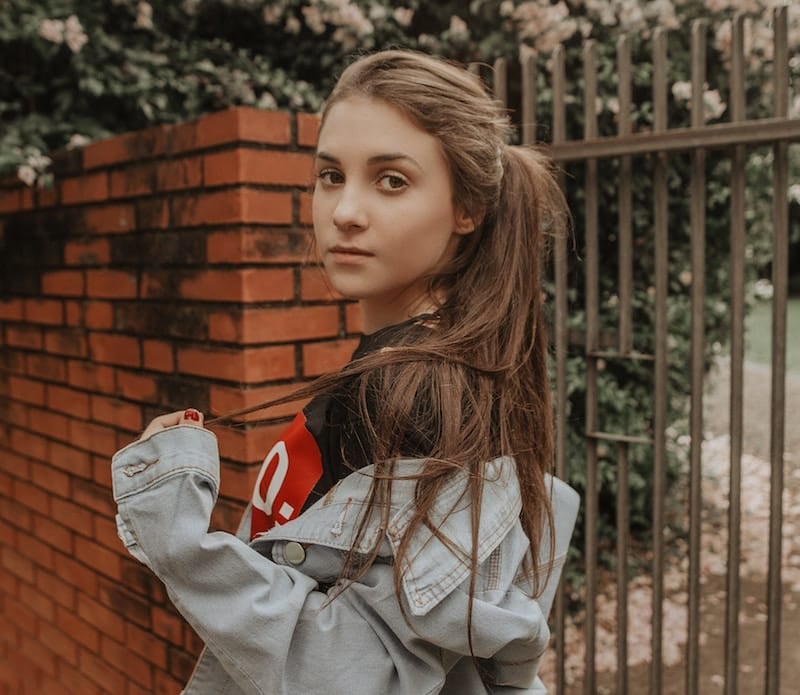 I knew the way I was acting was hurting my mother, but I also knew on the day she dropped me off at school she was relieved– who wouldn’t be? The fighting would end because her tornado of a daughter would be off on her own just like she wanted. She wouldn’t have to hear about how unhappy I was and how much my life at home sucked.

On move-in day, my mom spent the day with me setting up my dorm room on the third floor in ninety- degree heat after a five- hour drive where I slept the whole way and didn’t talk to her.

She folded my clothes and towels. She carried loads of shoes up three flights of stairs while the elevator was occupied by other Freshman who were moving in.

She hung up curtains and made sure I had a fan and my mountain bike got stored properly.

She ate bad cafeteria food in a room filled with people she didn’t know, and I never even thanked her for it.

When I said goodbye to my mom I was stoic

When she said goodbye to me under my dorm window I was stoic and she started to tear up as we heard someone blasting the song There She Goes out their open room window. I felt myself starting to get sad, so I gave her a quick hug and ran to join the girls I’d met that day for some fun as the sun was setting over the hilly Vermont backdrop.

An hour later, after we’d played a few “getting to know you” games on the back field, I noticed her blue minivan pulling away from the parking lot. She’d stayed there and watched me the whole time and I didn’t even know it.

I stood up and jumped and waved so hoping she could see me before she set out on the long drive home by herself because I refused to let my step dad come with us to drop me off.

As the months went by, my anger dissolved, I started missing my mother, our home and the way it smelled and all the special dinners she used to make for me.

My mother gave me the space I needed

She gave me my space though. She didn’t call too much, and didn’t ask to come and visit. But on Parent’s Weekend, she was there, without my step dad, but she did bring me some food from home, my sisters, and a pumpkin for my dorm room.

I found myself wanting to come home for Thanksgiving break. Actually, I couldn’t wait to come home and see her and the rest of the family and sleep in my old room.

I loved college and felt like I’d found my people, but what happened while I was away was life-changing: I began to appreciate my mother in a way I never had before.

I had moments of missing her and wanting to talk to her– something I hadn’t felt for years.

I realized it was okay to want to move on, to want to start fresh and get away from home, and that didn’t mean I had to sabotage a relationship with anyone, including my mom, to make that transition easier.

I was able to see the things my mother did for me and the sacrifices she’s made for me during my high school years– things I wasn’t able to see, or appreciate while she was doing them.

So, I want to let you know, if you are struggling with a child who is about to leave home and you are spending your days bending over backwards and tearing your damn hair out because they are being thankless brats who act like you are invisible, or they can’t stand to be around you, I promise, they will come around.

Give them time and space and keep your door open– it won’t be long before they come back to you.