Teens should be aware that there are substantial consequences to making, carrying or using a fake ID.

In most states the legal age to buy alcohol or to possess or purchase tobacco, nicotine, or vape products is 21. It’s not news, however, that pre-teens and teens find ways to smoke, vape and drink alcohol. Teens get alcohol and cigarettes from friends, older siblings and even parents – who either willingly hand it over or don’t realize it’s been stolen from home.

Teens also access contraband by obtaining and using a fake ID and, in so doing, they expose themselves to serious criminal charges from the state and penalties from the college they attend.

All states have fake ID laws although how the crime is categorized and punished differs by state. The possession of false identification is by itself a crime and if you use that fake ID to do something illegal, you can face additional charges and penalties. Using a legitimate ID that is not yours is also a crime, although in many states it may be a lesser crime.

How do teens get fake IDs?

One method of accessing alcohol is to illegally alter your own ID. This has become increasingly difficult as state’s have tightened security on ID cards making it all but impossible to manipulate the information on them and create a realistic fake ID. Sometimes underage teens try to pass off a piece of identification given to them by older siblings or friends as their own.

But most teens buy a fake ID from a counterfeit ID distributor. Manufacturers overseas who use specialized printers, have seized upon the ease of online shopping. A customer is asked to use a money transfer service and route the purchase fee, usually around $50 to $100, to a bank account in Asia.

These businesses typically offer a price discount for a larger order, so in some cases, a group of friends go in together to order their fakes. Once the money transfer is complete, the counterfeit IDs arrive in the mail within a couple of weeks, frequently stuck inside the pages of a book.

In addition to the other issues we will discuss, working with a counterfeiter puts teens at risk of having their personal information stolen.

Potential penalties for making using or carrying a fake ID

It is a crime to make, carry or use a fake ID. With a fake ID in hand, teens may try to purchase alcohol or cigarettes, get into bars and clubs, buy guns, or misrepresent their identity. Doing any of these things is a crime in every state, although the penalties differ by state, there are a number of potential consequences that are uniform.

Jail. A first time offender charged with a misdemeanor is unlikely to spend time in jail, but it’s possible. A felony fake ID offense can result in jail time.

Fines. Fines are a much more common penalty for fake ID crimes, though the specific amount of the fine varies significantly by state.

Community Service. A convicted offender can be required to do a certain number of hours of community service.

Suspension of drivers license. Some states may suspend a driver’s license if they have been found to have altered it.

Colleges may decide to discipline their students compounding state consequences.

For instance, the Student Conduct Code at the University of Southern California lists these “Potential University Impacts” if a student is caught with a fake and prosecuted: removal from university housing, suspended parking privileges, not allowed to study abroad, dismissal from the university; and all organizations, clubs, or groups may be subjected to permanent or temporary removal of recognition and denial of the use of university facilities.”

Few students realize that being caught in a bar while under 21 can result in the business being charged a fine, and possibly losing their liquor license or being shut down. This can affect the livelihood of numerous employees. Some states allow bars and liquor stores to bring civil damage lawsuits against minors who try to use a fake ID.

How do parents discourage teens from getting fake IDs?

So, while teenagers may be tempted to purchase a fake ID, especially the 19 and 20-year-olds who want to hang out with older friends at over-21 venues, using one can come with a very real cost.

Advice to College Freshmen from Recent Grads  Here is what recent grads want freshmen to know about how to start out in college on the right foot.

I Am Done With My Teen’s Bad Attitude

For a long time if one of my kids looked at me with disdain, snapped at me, or rolled his eyes, my blood would boil. How could they? I would wonder. I do everything for these kids and this is how they treat me?!?  It wasn’t until recently that I realized most of the time their bad… Postpartum depression came barreling into my life after the birth of my third son. For months I blamed the debilitating sadness, the racing and completely irrational thoughts, and general indifference towards my baby on typical things like lack of sleep, baby blues and hormones. After all, taking care of three kids under age 5 brings… Clinical Psychologist: Why Teens Won’t Make Their Own Appointments, and More

I recently received a request for a consultation from the mother of a 19-year-old college student. She was deeply concerned that her son couldn’t master simple, day-to-day responsibilities that any young adult should, including: Calling the bank about his over-drawn checking account (or not over-drawing it in the first place); Registering for college courses before… Parenting Teens? Why Self-Care is Vital, Not a Selfish Luxury

An uninterrupted hot bath. A manicure AND pedicure. A silent cup of coffee. A long nap on a weekday. A solo ride in the car with great music and nobody to pick up. A list of mom self-care luxuries? You bet they are.  But also indulgences that make us feel a wee bit selfish and…

For me, the middle-of-the-night knock on the door was actually a 3:30 a.m. phone call from a police officer trying to locate my parents (who were out of town and unreachable). He told me that my 20-year-old brother Nathan – the most kind, handsome, and all-around wonderful person I’ve ever known – had been killed… 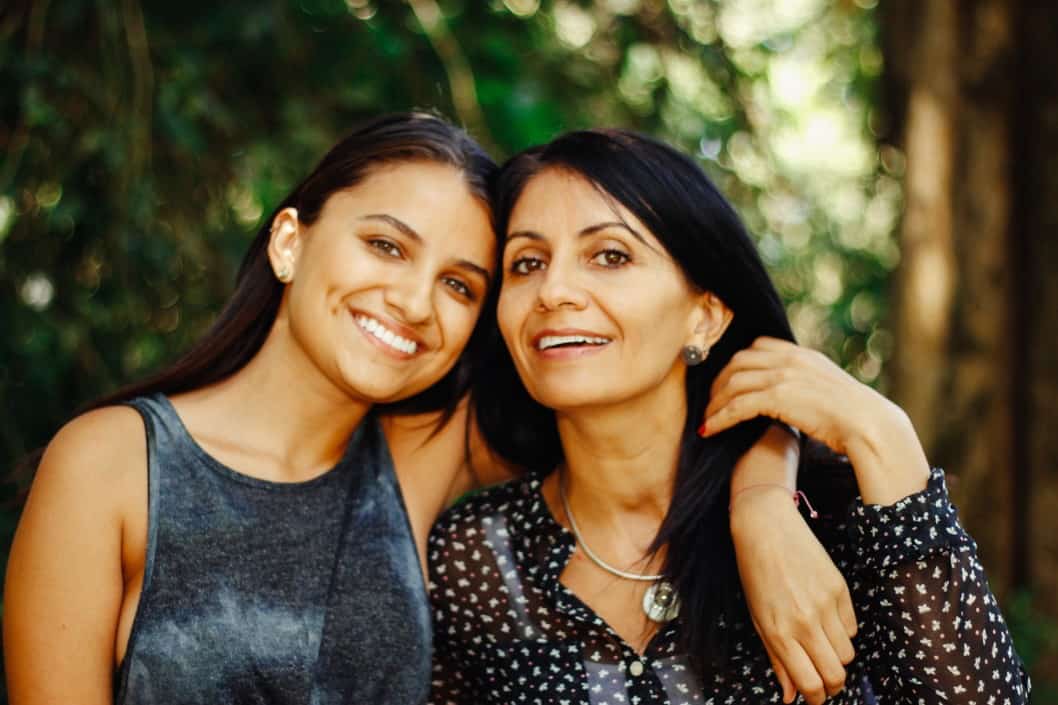 Parenting a Teen Through These Difficult Times? You Are Not Alone As My Teens Prepare to Enter the Real World, Have I Done Enough?

As parents, we do a lot. And it all begins before we even bring our little ones home. We paint nurseries. We put together furniture. We stock the closet with smocked, frilly, monogrammed items. And we scour every single page of What to Expect When You’re Expecting, just waiting to read about exactly how we’ll… The Kids Are Not All Okay; Maybe It’s Time to Let Them Grieve

I was on Facebook last night and I saw a parent post about teenagers not doing too well all over the US. One of the commenters said that she led her children by her positive example. She thought that perhaps her attitude explained why her kids have adjusted so well to the current situation. She…

Therapist and Mom: My Goal is to Raise Independent Adults

As a professional therapist and a mom, I am not always able to keep my hats separate. In my mind, other moms come home from work, take off their accountant or teacher hat, and put on their mom hat. For me, the boundaries are muddier. My teen daughters frequently say, “Don’t analyze me!” My husband…