During her junior year of high school, our daughter’s mental health took a dive into rock-bottom territory. An as-yet-unspecified anxiety disorder had taken hold of her, and she struggled with basic everyday things.

She had always been a good and responsible student, and at 16, she started taking community college classes for dual college/high school credit. She played the violin and had participated for a couple of years in the local youth orchestra, which she greatly enjoyed.

But that year she started finding it harder and harder to make herself go to class and rehearsals. Many days she was too dizzy to go anywhere. Her schoolwork suffered. She spent an inordinate amount of time and energy battling debilitating anxious thoughts

We had her in therapy, but it was only marginally helpful. (We would later discover that she was suffering from specific phobia that needed specific treatment.) She was frustrated, we were frustrated, and undoubtedly her teachers would soon be frustrated as well. 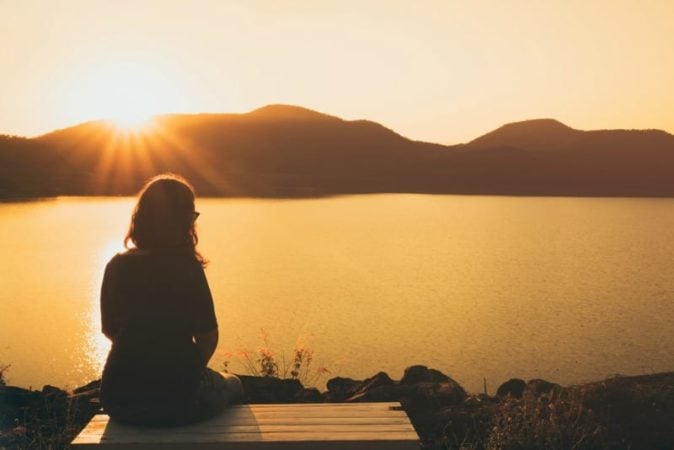 My daughter opened up to her teachers about her mental health

My daughter fretted over her attendance and what to tell her professors. I suggested she just tell them the truth.

At first, she wasn’t sure about revealing her mental health struggles. But I told her that if she had gotten the flu or broken her leg and had to miss some class, they’d understand. Health issues are health issues, whether they are physical or mental. So she crafted messages to her professors explaining exactly what was going on and asking if they could work out some accommodations together.

I felt like a proud mama bear as my brave daughter told her teachers in detail about the anxiety disorder she dealt with—about the dizziness that accompanied episodes, about how she’d sometimes get to the parking lot and couldn’t make it in, about how it affected her ability to focus on her schoolwork for long stretches of time.

She told them that she was getting professional help and doing her best to do her best. She told them she wanted to do well in their classes and graciously asked for extensions on certain assignments and quizzes.

I was proud, but also nervous. I know that ending the stigma around mental health struggles means being open and honest about such things, but I didn’t know how her teachers would react.

Would they think she was making excuses for irresponsibility? Would they tell her, “Sorry, but a due date is a due date, no exceptions?” Would they ask for a doctor’s note, implying that they didn’t really believe her?

One by one, she got responses from her professors, and we both breathed a sigh of relief. One professor told my daughter that she also struggled with anxiety and understood what she was going through. Another told her that her best friend dealt with similar mental health issues, so she’s seen first-hand how much it can affect someone’s ability to function well some days.

Only one teacher wouldn’t allow any late work, and it was only because he gave all of the assignments at the beginning of the quarter for students to complete at their own pace. Pretty understandable.

Having her teachers stand in solidarity with her and offer to work with her was huge. Not only did it help my daughter retain her academic standing, it also helped her know that she wasn’t a freak, she wasn’t a failure, and perhaps most importantly, she wasn’t alone.

Ken Ginsburg, Co-Founder and Director of Programs at the Center for Parent and Teen Communication and Adolescent Medicine Specialist at the Children’s Hospital of Philadelphia, says,

It’s common for young people dealing with depression or anxiety to feel ashamed, weak or insecure. They may ask themselves, ‘Why can’t I figure this out on my own?’ The way parents and other caring adults approach the process makes a critical difference in our youth’s attitudes about mental health and willingness to ask for help.

These caring adults showed my daughter that opening up about her anxiety and how it affected her wasn’t as scary as she thought it would be. They exemplified what a supportive community looks like, and played their part in ending the stigma surrounding mental health issues. I was proud of my daughter and of them—I couldn’t have scripted better interactions.

Ginsburg says that talking about mental health helps both people who are affected by those struggles thrive and benefits society as a whole. “Sharing without shame takes courage and self-awareness,” he says.

People with insight into themselves often become the most successful and happy adults. This openness has an added benefit—it may encourage greater understanding and empathy in others. And that kind of acceptance may help reduce the stigma often associated with mental health and help-seeking.

We still have a steep hill to climb when it comes to understanding anxiety, depression, and other mental health issues. The more people talk about their mental health struggles—openly, honestly, and without shame—the more understanding and accepting the world will become for our kids who are learning to manage them.

Parenting a Teen With an Anxiety Disorder is Hard