For me, my family, and probably many others during Covid times, crossword puzzles were a saving grace. When my three adult sons returned home in March 2020 during the initial lockdown, the initial vibe was “we’re all in this together.”

The five of us found our own corners in the house to work during the day, and we ate dinner together and played board games at night. We were safe, we were healthy, we were the hunker bunker.

But as days turned into weeks and then months, it became clear that all was not well. The endless lockdown was forcing my sons to confront their own personal demons, grappling with what it means to be 20-somethings in an uncertain world.

When they were younger, I could try to fix whatever was troubling them – band-aids and kisses for boo-boos, help with homework, advice for problems with friends. Now I had a front-row seat to their struggles, but no way to help. The dinners continued, but they were less lively, and the board games stopped altogether. The collective hunker bunker began to feel more like five people in isolation, together.

My son had OCD and I struggled to connect with him

I worried most about my youngest son, who had been diagnosed with Obsessive Compulsive Disorder (OCD) a few months before the lockdown. Trying to finish his junior year at Brown remotely, he was faltering.

As he became increasingly unable to concentrate on his classwork, he came to the realization that his stellar academic career had been fueled in large part by his disorder. With that now tamed by medication, he lost the will to do anything. He stopped studying, he stopped connecting with friends, and for the most part, he stopped leaving his room.

At first, when he did appear briefly in the kitchen to get food, he talked about what he was going through. With his motivation gone, he was trying to piece himself back together from the ground up. I made suggestions, unable to shed the mother role — go for a run, get in touch with friends, try to finish your work — but it was obvious that he didn’t want my help.

And so the talking stopped too. His sleep cycle was turned around (a common symptom of OCD, I learned). Days went by without me seeing him, and even if I did, we had little to talk about.

Enter crossword puzzles. On Sundays, my son would often emerge from his room during the daytime to work on the New York Times magazine crossword puzzles at the kitchen table. One afternoon, I offered to help with the Sunday crossword. That day, we didn’t make much progress. He was new to crosswords, and I held back, not wanting to discourage him by filling in too much. But we sat together for a few minutes — progress of a different sort.

As I’ve learned from doing crossword puzzles with my husband for years, social solving is a delicate dance. Especially with bigger puzzles like the Sunday, I prefer to work with someone else, energized by the weird combination of cooperation and competition. That energy began working for my son and me, too.

His solving skills improved rapidly, and we were soon sitting together for an hour at a time, delighting over revealed themes and our surprisingly complementary knowledge sets. He teased me for writing answers impetuously, in pen; and I teased him for hesitating to write words he was pretty sure about, in pencil. Our finished puzzles did not look pretty, but I didn’t care. I had found a way to connect to this struggling boy. On the days we solved together, I worried less.

During this time, my work had slowed considerably and I found myself with time to pursue an endeavor that I had been thinking about for years — I learned about and began trying my hand at crossword construction. I loved the challenge and after a few months, I had puzzles that I wanted to share.

As an added bonus I developed a new skill, constructing crossword puzzles

A bonus of this new hobby — I had a way to deepen the crossword bond with my son. The first few that I asked him to test-solve put him off my puzzles for a while (they really were pretty bad), but my construction skills improved, and soon he was eagerly solving my newest puzzles. His meticulous editing made my clues better and gave us more time together than he spent out of his room.

Now, more than two years into the pandemic and my son’s frightening retreat from the world, I don’t know what’s going to happen. I don’t know if he’ll finish school and resume his life, if he’ll ever solve his psychic puzzles. But I do know that most days, we sit together working on a different type of puzzle, one that I can help him solve. And for now, that’s enough.

My Son Struggles With Mental Health: What I Want Him to Have in His Life 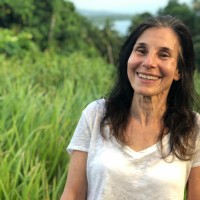 Jill Singer is a filmmaker in the Boston area, specializing in producing films for museums. She is also the mother of three sons.