I was a C student; at best. In fact, I barely survived Math. I did not go to the college that I really wanted to go to.

I am now entering my 52nd trip around the sun  and not one person has asked me recently how I did on my SAT’s. Half of my grown up friends have not a single a clue of where I went to school.

See where I’m going with this?

Your scores do not define you.

The college you attend does not define you.

I have a freshman and a sophomore in high school and I have always been in the camp of, “It doesn’t really matter where you go to school, it’s what you make of yourself.”

I was in this camp even before I had children. Because I was that kid.

Will the Ivy League educated end up in a similar job as the community school educated? Probably not.
Their jobs may be different. Their starting salaries may be different. But, here’s the important part; will they both end up kind and happy? Well, I guess that depends on what they decide to make of themselves.

I will be starting the college process with oldest soon enough. Where he wants to go and where he ends up going may or may not be the same in the end. But I truly believe it doesn’t matter where he ends up. As long as it’s a good fit for him. As long as he can keep his head above water academically. Make some great friends. Find the cafeteria after the first week.

Remember our high school years and what our dreams were and how we ended up? My guess is we all had a few dreams shattered along the way. And that’s part of the process isn’t it? I think that’s called life.

My hope is that my children will flourish in the college they end up attending.

My hopes for my boys are that they learn and flourish and grow-wherever they end up attending college. My guess is that you have the same hopes for your children.

So as I start to walk the walk with my oldest, I hope I remember this; I hope I remember that I went to a college that was not my first choice, that I had fun while I was there and that I got a degree and had a career. And now I’m a happy adult who is definitely not defined by where she spent the years from 1986-1990.

Does it Matter Where You Go to College?

Seven Signs of The Aging Apocalypse 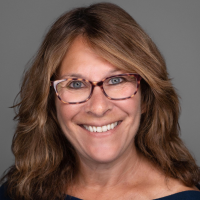 Mom to two; married to one. Most proud of my kids and the art of perfecting my homemade blondies. Follow me at eat the frosting first (on Facebook) to hear me rant about being a Mom and how having breast cancer (twice) has shaped me into the adult I am. (Oh. And never had a blondie? Come see what they’re all about at my site. www.batterupblondies.com)