I did not let my sons make a college decision alone. I just didn’t. When they knew what their options were I did not throw up my hands and say, “It is your life, it is your four years, it is your decision. Really, I don’t have much to add.”

Today’s parenting orthodoxy seems to suggest that they are adults, highly informed and totally capable of making a college decision without parental intervention. Look, just one mom’s opinion but…no.

Deciding which college to attend is one of the greatest teaching moments in our kids’ lives and there was no way I was going to quietly let this slip by. It is a chance to show our teens how to consider, carefully reflect and make a large complex decision. It was a chance to teach them about scratching below the surface when weighing two options. It was a turning point in our lives together where I didn’t make the decision with their help but rather vice versa.

In weighing their options my sons asked my husband, their father, what he thought they should do. He refused to answer, telling them that he would talk it through with them endlessly but at this point, it wasn’t his opinion, but rather theirs that mattered. Me? Yeah, I blurted my opinions out in five minutes. Let’s just say that there are different approaches that parents can take.

Yet, the notion of letting them figure out how to frame the college decision on their own seemed a dereliction of duty.

I was not going to make the decision about which school to attend (even with my propensity to over parent I knew I was not going along for the four years) but I was going to show them the many ways to think about something that would have such a big impact on their lives. But mostly, honestly, we talked.

We talked about how you seek out good advice and what you learn to ignore. Over the process of deciding, they learned to tune out those who knew less than they did (by and large parent and grandparent types who offered information that was 30 or more years out of date) and to focus on those who knew them well or knew more than they did about the experience they were considering.

We talked about how you weigh the pros and cons of any decisions and then weighting those factors by what matters most to you. Most decisions in life are complicated and usually involve some element of compromise.

We talked about trying to imagine yourself, not next year at 18, but three or four years from now and whether the same things will be important to you that are important today.

We talked about how hard it is to leave friends to move away and strain those ties. But if their parents’ generation, without the aid of social media could maintain lifelong friendships, they would too.

We talked about how they might not know what they want to study, or might know and change their minds, but that, like so many other things in life, there is value in keeping some options open. However, there is almost always a price of some sort to pay for that flexibility.

We delved deep into the colleges’ websites and talked about what the course requirements would mean for their first two years of study. I told them what I had thought they liked and disliked about high school and how that might be important information in thinking through the next step in their education.

We talked about how college is one of the greatest opportunities to learn about a different place, and while you might want to go to school close to home, it is worth at least thinking about living someplace else.

We talked about money. Until my kids were making a college decision, the biggest spending decision they had ever made occurred in J. Crew, where I did say, “It is your money, so you need to decide if you like the blue or the grey better.”

This was not a $250,000 decision but something of a very different magnitude. My kids probably won’t be faced with a spending decision of this size until they take out a mortgage, and they will do that with a 30 or 32-year-old brain, not 17-year-old ones. And it will be their money, not mine.

We talked about listening first and foremost to yourself and then whether the decision is right or wrong, owning it, taking responsibility for it and making the best of it.

We talked about how you don’t need to make big decisions alone, that those who love you best are there to challenge you, question you, offer you counsel and then get on your side with whatever decision you make.

In time they will decide about jobs, house and spouses. They will make many life changing decisions without so much sending me a text. But on those nights when they are lying in bed mulling over their options, wondering what is the best course of action I hope that something of that spring when they were 17 comes back to them. 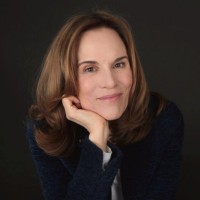