It was 5:02 on a September morning, and my movements were cumbersome, weighed down by the absence of sleep. I stood up from the couch and moved toward the window. Beyond the glass, the borders of day and night were ill-defined.

The rain from the day before had stopped, and the sun had begun to rise. I watched mindlessly as daybreak’s light struck the damp grass. It was fall, and the air was crisp and honey-sweet, but I was dark and hollow.

Just 12 hours earlier, my son, just months removed from adolescence, my beautiful boy, stood before a judge and was handed a prison sentence, the consequence of one fleeting night, one irrevocable choice. I watched desperately through a vale of tears as my child turned to look for me before being led away. I could see the terror in his eyes as they briefly caught mine, and my heart shattered.

My son, a twin and the second of five children had always been a spark plug. Quietly mischievous, he was, metaphorically speaking, known to stoke life and laughter among his peers and, even at times, a minor but manageable fire. But his life ran smoothly down the typical path of a much-loved little boy until he lost his father suddenly at fifteen. And then it didn’t.

His rebellion began long before I recognized it. There were new friends, a variety of reckless and unruly adolescents. I was concerned, but dealing with my deep grief and trauma, I allowed a bit more rope than I should have. I was tired, the weight of motherhood without a partner was cumbersome, and there was no one to pass the baton to on particularly grueling days.

The signs were there; the lies, hardly uncommon among teenagers, became routine. He was caught cheating on tests and occasionally skipping school, and his drinking and drug experimentation began to take an alarming turn. Before I knew what was happening, my spark plug became a grenade that lit his world on fire.

My son was arrested at home

My son was arrested in my home. Out of deep concern for his safety and health, I had picked him up from college just one day before. I was sure that I could bring him home and love him out of the chaos of his creation. I was wrong.

Life is made up of moments and choices. Not all of them matter, and most have only a short-lived impact. Skipping class for a bit of freedom or tiptoeing silently to the end of the driveway at night, where the enticement of adolescent rebellion waits. Those are small choices. Trivial. Innocent.

But there are different kinds of moments. On a drug-fueled evening, my son and his friend went uninvited into an occupied home, and under cover of darkness, one choice irrevocably changed his life. The chapters of my story are complicated; the birth of five children in four years, the failure of a marriage, a tender wound, the challenges of solo parenting, the sudden and too-soon death of my children’s father, and now this.

The cost of having a child in the system is staggering

Our family was ushered into a system of deep darkness and depravity. The financial cost of having a child in the system is staggering.

I have spent the last 2 ½ years searching desperately for some small sign to indicate that the truth isn’t as desperate as it feels or as awful as anyone would think if they knew. Under cover of darkness, I cycle through scenarios in my head, explaining things to myself, justifying my son’s choices just enough to sleep. And in the morning light, I bury it deep, posturing and pretending. These things don’t happen to us, they happen to other people.

The last several years have been a journey, and I made a conscious decision to tuck the truth neatly away during much of that time. In our society, living life swollen with secrets is preferable. All families have them. There are spaces and gaps where answers should be. There are empty chairs at family tables where someone once sat. There is a name not spoken or spoken once and never again.

I have lived through a lot of pain, but this was different

Over the years, I have lived through significant upheavals. I shared my pain openly through divorce, death, and complex loss and grief. But for some reason, this has been different. It feels safer to tuck away my son’s struggles, to wrap them tightly in the embrace of unconditional love and acceptance. I have protected him fiercely, and in the process, I have lost myself.

I am not sure what the next chapter holds. I can tell you, however, that my child is now home, and I have welcomed him, arms open wide with enduring love and free-flowing compassion. I will be an oasis as he grapples with the pain and consequences of his crushing choices.

Life is different now. I sleep with one eye open, and restless anxiety marks every hour of my day as I beg and plead with the universe to keep my child safe. Safe from the trauma of the experience that causes him to toss and turn in fitful sleep and safe from the reckless impulsivity that stole him from me in the first place.

This experience has changed me, as I am sure it has changed my son. It has taught me how futile my attempt to control the world around me is, and it has brought an unwelcome understanding that beautiful and terrible things happen in life. This is a chapter in my story, and owning the grit and grime of it is gut-wrenching but not as challenging as spending my life running from it.

The world needs my voice

There is a great need in our fractured society for the voices of those who have survived mistakes, tragedies, and trials. The world needs me to let go of shame and cultivate a sense of community and connection that begins with showing up and being seen. I long to invite others out of the cold, isolating climate of shame and into the warmth of belonging.

It is not easy to love a prodigal. My love has been tested and spent, overlooked and challenged. I have grown weary and disappointed. But real love gives mercy and grace, unmerited favor in the face of rebellion.

And if I can offer my child anything, it is enduring, relentless, all-consuming love. I will always be a safe place for him to land in this tenuous and unpredictable parenting season.

Home / Articles / Family Life / Family Issues / My Son Went to Jail: Here’s Why I Need to Let Go of My Shame
FacebookPinTweetEmail 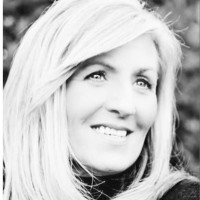 Lori Miller is a solo mother to five beautiful human beings, all in the throes of adolescence/young adulthood. A dreamer and creator at heart, Lori works full-time in a non-profit executive role and longs for the day when writing about this interesting, complicated, and beautiful life is enough. You can catch a glimpse into her life at her oft dusty little blog.