My morning drink of choice is coffee, black, with a vanilla latte for my teenage daughter, our hands cradling the cups in the chilly Minnesota air, not just for the promise of the liquid within, but also for a little warmth in the still-cool early mornings of June.

“How can people be so perky this early?” she asks of the cashier at the gas station as we exit, of me and my constant need for conversation in the morning. My daughter is 15, void of perkiness this year for the first time in her life. This is the first full sentence she’s uttered to me all morning, the first sound that’s not a sigh, or a growl or some kind of unintelligible noise that includes the rolling of the eyes.

[More on what parents of teens need to remember here.]

“I guess some people are just morning people,” I tell her. “And some aren’t.”

Conversation of any kind with my daughter has been hard to come by and I wish to keep this one going.

Earlier this year, my daughter closed the door to her room one afternoon. In the time it took the latch to click shut, it seemed, she didn’t want to spend as much time with me. She asked me to knock before entering, stopped with the running conversation that we typically shared.

“I just want some privacy,” she told me in an angst-filled voice that I barely recognized. And, I knew, this was probably true. She was right. At 15, a closed door, perhaps, was a thing to be expected – even needed. But I couldn’t help but grieve that it felt like one minute we were still reading together at bedtime; the next, the door was closed and Lana del Rey’s voice had usurped mine as she listened to hour after hour of music.

Today, I want – I wish – to keep the words flowing, but I’m pretty slow on the draw myself in the morning. She launches into an observation of how it would be difficult to work a pre-dawn shift that would require talking to people or counting change, about how many of the other students in her early bird class at school don’t even speak until at least third hour. I let her talk, taking in the thoughts that she shared, pleased, quite simply, for her presence.

We’ve got the radio on. Even after stopping for coffee, we’re still early, off to a weekend volunteer shift across the river in St. Paul. And as we drive, she continues talking, her almost-monologue stretching out in front of us like the empty streets, punctuated or slowed here and there by a yield sign, a stoplight.

Windshield Time, I think. Defined as that wasted time between point A and point B, usually in getting to and from work. But this time in the car with my daughter isn’t wasted in the least. I decide, instead, to tweak that phrase, claim those two words for my own. We drive the streets of downtown St. Paul to kill a little more time, neither of us wanting to stop and park yet.

If we didn’t have somewhere to be, I’d offer to keep driving east toward the sun, quickly and purposefully inching its way above the horizon, pink and warm and promising. Instead, for a few more minutes – gas prices be damned – we circle the blocks again and again – Kellogg, St. Peter, Wabasha, 10th – the crunch of tires on graveled streets under summer construction, around and around in time to the radio, as I listen to my daughter’s words.

This originally appeared in the Minnesota Women’s Press.

Do Your Laundry or You’ll Die Alone by Becky Blades

Best Movies to Watch With Your Teens and College Kids

Tami Mohamed Brown holds an MFA in creative writing from Hamline University.  She has been the recipient of a MN Emerging Writer’s Grant, a National Park Services Artist Residency, a Loft Mentor Series Award, and a Blacklock Nature Sanctuary Fellowship. She lives with her husband and her teenage daughter, and finds inspiration on her daily bus commute to her office job in downtown Minneapolis.  She writes about all of these things.
Home / Articles / Family / Teens / “Windshield Time” With My Teenage Daughter is Never Wasted
FacebookPinTweetEmail 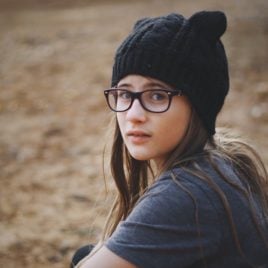 There Are a Lot of Things I’ll Miss, But Not the Teen Angst