How many of us tell our kids to be mindful about their social media presence? We warn our children because we worry that colleges or employers will see something on our child’s page that reflects badly on them. How often have I heard parents admonish their young adults to keep their Facebook pages, “clean?” Well, this week Harvard University revoked the admissions offers of at least ten students from the class of 2021 because of what the University saw online. [Read Next: The Talk We Need to Have With Our Teens About Social Media]

That splinter group’s content included posts that mocked sexual assault and the Holocaust, along with other racist and highly offensive content. In mid-April, Harvard University gave the students an opportunity to explain why they had posted the inappropriate material and subsequently rescinded offers of admission for ten students. Harvard says the decisions regarding those students is final.

I think the most surprising thing about this story is not that it happened but the vitriol, or better yet, the glee with which the story was greeted. My first reaction upon reading the story was to cringe and hope that my kids don’t do anything that stupid. But, other readers were quick to play judge, jury and executioner. Many averred that, “children raised correctly” would never post such things. Lots of others, felt that the spurned students deserved what they got, and then some. Among the many harsh and unsympathetic reactions was one that implied that if you don’t raise your child to be a “racist asshole,” you need not worry about this scenario. Really? Others without even knowing the exact nature of the content posted, were in a hurry not only to rescind offers of admission, but to charge the students with “hate crimes.” Still others congratulated themselves for being absolutely certain that THEIR kids would never post this sort of material on social media. Again, really?

As the mother of three teenagers and young adults I have seen how absolutely moronic 17/18 year olds can be. It is well-known that the brain is not fully developed until a person reaches their mid-twenties and teenagers are notorious for lacking judgment, something we all hope changes as they mature. In addition, the herd mentality among this age group has them forever one upping each other in everything, including stupidity.

I just wonder if we, as a community, need to be so sanctimonious, so judgmental and so quick, nay, so eager to shatter our neighbor’s glass house with our neatly thrown stones?

An Open Letter to My Daughters About “Locker Room Talk” 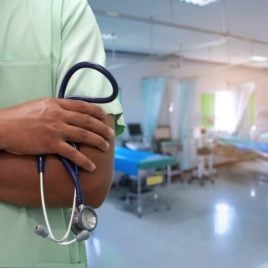