Who among us has not gone to a paint and sip event where we’ve produced, if not a Picasso, then certainly a piece of art of which we can be proud? I recently participated in such an art event and my “piece” is hanging proudly in my kitchen where all who enter can throw shade at it, and they do, routinely.

One school teacher, Cyndi Decker took an art class and painted an egret, (which for those of you not in the know is a big white bird). Her teenage son, Mathew decided to share her artwork on Reddit, and under the picture of his mom holding her picture, he wrote, “My mom painted this and said no one would like it. It’s her 2nd painting.” Mom was worried that her son’s Reddit post would bring out the Internet haters. But, that’s not at all what happened and the rest, as they say, is social media history.

A Swedish artist, Kristoffer Zetterstrand saw the photo on Reddit and decided to paint Cyndi holding her photo. Then he photographed himself holding his painting of Decker holding her painting and captioned it, “I painted somebody’s mom.”

And so, it went, on and on and on…layer after confusing layer, leading someone to try to help us decipher the whole thing by creating a flowchart of the paintings and their derivatives. The story would not be confined to Reddit, soon appearing on social media platforms across the Internet. Cyndi Decker told a reporter from the Washington Post that she had been named the “the honorary mom of Reddit.”

Mom ultimately joined Reddit as “imthemomwhopaints” so she could thank her many admirers. She wrote that she was “You all have proven me so wrong. I’m assuming most of you could be my kids, and y’all get a bad rap in this world. You all are compassionate, caring, and a ton of fun! Thanks for uplifting me! You all have inspired me instead.”

Cyndi and Matt, you have inspired us as well (#mothersongoals) and we couldn’t love this story more.

I Realize Now That My Mom Probably Had Dreams, Too

I Taught My Sons to Cook, Here’s the Gift They Gave Me Gymboree, There Are Places And People We Remember

There are some moments and places where we make memories that remain indelible. One of those for me is Gymboree, both the retail store and the play spaces. Today Gymboree announced that they are filing for bankruptcy for the second time in three years. The eponymous play program spun off the retail arm years ago. But… When You are No Longer Mommy

My friends call me Lisa, my husband calls me Lis, my grandmother made me smile because she always called me Lizzy. But there is no name I have ever cherished, no name that held my heart like Mommy. My boys were born in England and I had to teach them to call me Mommy. They… We are the Luckiest Parents. Ever.

From the moment that we first pondered having children through the day that those children bear our grandchildren, we stand apart from parents throughout the rest of human history in our good fortune. While I love complaining about parenting as much as the next mom, I think there is value in stepping back for a… A Review of Julie Lythcott-Haims’ “How to Raise an Adult”

The first half of Julie Lythcott-Haims’ new book, How to Raise an Adult: Break Free of the Overparenting Trap and Prepare Your Kid for Success makes for painful reading. In tracing the path that parenting has taken over the past two decades, she shines a bright light on some of the ways we have let fear,… 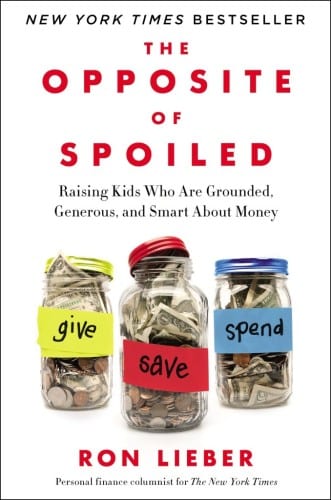 The Opposite of Spoiled: Review and Q&A With Author Ron Lieber

When I first heard of Ron Lieber’s Book, The Opposite of Spoiled: Raising Kids Who Are Grounded, Generous, and Smart About Money, it was with a sense of misgiving. Fighting against the spoiling effects of upper middle class life has been something that has occupied my thinking for years and I was fairly certain many… The Perils of Passion

“We have come to believe that only those who have passion find fulfillment and success professionally. It’s as if passion is life’s magic pixie dust.”  In her essay in The New York Times Motherlode, “Our Push for ‘Passion’ and Why it Harms Our Kids,” Lisa writes about the insidious nature of our children’s and teenager’s… The Greatest Unexpected Pleasures of Parenting 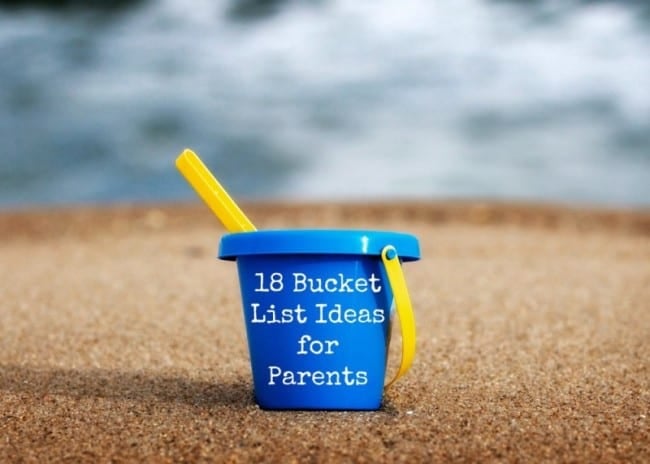 Life is short, hence the bucket list. The years our children live in our homes are even shorter, thus, here are 18 bucket list ideas for parents, year-by-year. When we are young it feels as though we have forever, but once we have children, it soon becomes clear that we do not. The Sunday morning… Certain women have the luck of marrying men who love to cook. I was not one of them.  My husband Tommy was a tall, lanky Irishman, with cornflower blue eyes and a wide smile. He could make a respectable soft-boiled egg, but that’s about it.  However, he did make one thing and only at Christmas… Clean is Sexy and Other Advice for Sons: Home for the Holidays Edition

Earlier this year we shared Clean is Sexy and other bits of motherly wisdom for teen and young adult sons.* As our kids come home for the holidays the impulse to shower them with even more parental guidance seemed irresistible. So along with the gifts and good cheer here is our two-cents worth of advice for…