I was out on a run alongside a friend last year at the time her daughter was waiting to hear back on her college applications. My friend was lamenting the fact that Facebook was adding an extra layer of stress to the process. As my friend’s daughter anxiously awaited a yes or a no, students and parents of students were quite gleefully and publicly sharing their college acceptance successes. If those aligned with where my friend’s daughter was rejected or deferred, it only served to ratchet up the anxiety in my friend’s home.

Keep the College Acceptance Off Social Media (Until May)

The Facebook sharing was something that had never occurred to me as part of the application process. Now that I have a senior myself, I want to echo my friend’s sentiments—can we all just keep the acceptances off social media? At least until about May, when most kids have their plans ironed out?

While junior year gets all of the attention for heightened stress levels, I’d argue that senior year is worse. Kids are still in some cases taking standardized tests. Others are uncertain on where they want to apply. By about October, most are in the thick of writing essays, requesting transcripts and letters of recommendation, and trying to keep up their grades all at the same time. Add in a sport and/or job, as is the case with my kid, and you’ve got the recipe for some well-earned apprehension.

It doesn’t help that all the adults in the lives of seniors, from aunts and uncles to grandparents, neighbors, and everything in between asks them where they are applying and what they want to study. I can tell you my son—normally a personable chatterbox– is getting skillful at avoiding adults, just so he doesn’t have to cover this topic one more time.

In a matter of weeks, really, students who applied early action—mine included—will begin to hear back from their top choices. It’s exciting and nerve-wracking all at once. I’ll be here to help my son juggle the highs and lows that will inevitably accompany the process. But one thing I pledge not to do is post the acceptances to Facebook.

It’s just not helpful to anyone, especially not the students. In spite of all our asking, none of us really knows just what applications mean the most to which students. If there’s a parent of a senior in my Facebook network, I wouldn’t want to rub salt in new wounds should my child make it into a school that his or her child didn’t.  I can say the same in the reverse—if my kid gave it his all to get into a top-choice school and didn’t, it might sting a little to see that another senior did, even if I am happy for that child.

That’s not to say we shouldn’t celebrate our childrens’ achievements—we should. But for the time being, we can do that at home or share the news in person with those closest to us. Those relatives who ask incessantly about the status of applications?  They mean well and would love a phone call from you or your senior with the big news. Buy the grandparents a school sweatshirt if you want, but ask that they keep things on the low down for now.

In the meantime, let’s refrain from posting photos in front of the gates of our senior’s new school. Let’s leave the school logos off our profile pictures. Save the new bumper sticker for this summer.

For now, let’s give our kids this small gift of not publicizing on social media whether they did or didn’t make it into a school. This process is at this point in their lives, one of the most monumental they’ve experienced. It’s an opportunity for growth and maturation, but it’s also a potential minefield. I think avoiding big announcements to our entire social networks is the right move until later on in the year.

Once we’re all firmly past the spring notifications and kids have made their final decisions, then I say go for the social media share, if that’s your thing. By this stage in the game, we’ll be more focused on graduation dates, senior prom and pictures, and final family summer vacation plans. Rejections won’t carry the weight in May that they would have in December or March.

While I’m in no hurry for my son’s final year at home to pass by quickly, I do think both he and I will be happy when the stress of applications is behind him. Should my Facebook friends all manage to keep the big acceptance announcements off their pages in the meantime, it will be that much easier on everyone. That’s something we can all give a “like” to, don’t you think?

The Grown and Flown book is here! Find out what you need to know about college move in and college life for your soon-to-be freshman 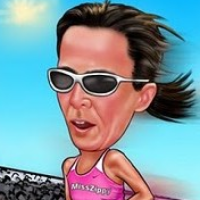 Amanda Loudin is an award-winning freelance writer with a focus on health and fitness. Her features, profiles, and essays appear regularly in the Washington Post, Outside magazine, ESPNW, Runner’s World and more. She stays integrated in her local community by writing general interest pieces for Her Mind, and dabbles in the occasional parenting essays and travel-based feature for various outlets. You can find her actively engaged on Twitter at www.twitter.com/misszippy1

Rejection stings. And a rejection from a college your teen loved and hoped to attend, stings badly. College counselors, parents and peers will all try to tell her not to take it personally. They will tell him the university admissions office gets more applications than they can possibly accept and many well qualified candidates are…

The summer going into my senior year of high school, I decided it was just about time to apply to colleges. And by, “I decided,” I mean I waited until the last possible minute and quickly scrambled together some applications. Whether I was going to college wasn’t even a question for me, but when it…

A couple of weeks ago, I opened up the college admissions portal on my phone. With shaky hands, I fumbled with the password for before logging on. However, I wasn’t searching for my own college acceptances or rejections; no, I had already done that nearly a decade ago. This time, I was looking at the… [New Report] Most Colleges Admit the Majority of Their Applicants

We need only look at the recent college admissions scandal to see that there is literally nothing parents won’t do to get their kids into certain schools. Admissions rates just keep sinking and every year colleges announce that their acceptance rates have reached new historic lows. Parents often label the admissions results at their high schools… My Daughter Received A Rejection Letter That Motivated Her

“And, during finals weeks, the Professors actually cook breakfast for us…at MIDNIGHT!” exclaimed the tour guide. It was the summer of my daughter’s senior year of high school, and we were touring East Coast stretch universities. She’d just had an interview, and now we were on a tour of one of the Big Ivies (let’s…

Nothing has made me prouder than when my daughter announced to me this fall that she intended to apply “Early Decision” to the college of her dreams. On a good day, it takes her an hour to decide whether to wear sneakers or Uggs or whether to put cream cheese or butter on her bagel.… One Parent Breaks Down the Myth of The Dream College

It’s mid-December, a season of gift-giving and good cheer. For a subset of parents with high school seniors who are applying to college, however, it is also the time when early admission decisions are being released. This phenomenon doesn’t impact every high school senior: many wait until early Spring to hear from the colleges to… Is the College Waitlist Just Another Way to Torture Our Kids?

Our teens are expected to hoist themselves over a fair number of seemingly insurmountable hurdles during the college process, but one of the cruelest and most frustrating may be the college waitlist. Let’s review. It has become nary impossible to get into the top schools, the so-called “highly selective” schools. I’m not saying that getting… Today’s Wall Street Journal article, The Decision That Hurts Your Chances of Getting Into Harvard, just confirmed what I have been hearing anecdotally from the seniors and the college counselors at my son’s high school. The bottom line is that if you don’t apply early decision to a school, you’re not getting in. Full stop.…