In a bold move that seeks to encourage incoming freshman to get out of their comfort zone, Duke University has informed the new class of 2022 that they will no longer be allowed to choose their first year roommate. Instead, under the new roommate policy, it will be done for them – courtesy of the university.  Suffice it to say, in one fell swoop Duke has made one of the most anxiety ridden experiences about going away to college even more nerve-wracking.

And all I can say about their controversial decision is, “GOOD!”

Why? Because ironically enough, I think we need less safe spaces on campus – dorm rooms included. Of course, all students should feel “safe” in their dorm rooms (and I’m sure Duke’s Housing Department intent was not to create potentially volatile and aggressive settings.) But in that same vein, isn’t going away to college all about experiencing new and unfamiliar things – roommates included? The reasoning behind Duke’s decision is actually quite interesting.  For the past few years, university officials have noticed that students who choose their own roommate before arriving on campus are more often than not choosing one with similar racial, ethnic, religious, and socioeconomic backgrounds to their own. This is made possible by the recent popularity of “Class of XXXX” groups on social media, which have essentially become meeting (and screening) places for potential roommates.

University officials felt that in many ways, choosing “comfort” over the unknown limits a student’s ability to engage with (and learn from) a roommate who is potentially different from them in many ways. In other words, how can one grow, stretch, learn tolerance, and be exposed to all types of people if you’re not allowing yourself to be exposed to all types of people?

We believe that you’ll enjoy the opportunity to meet someone you’ve not previously known and will have a great opportunity to explore your roommate’s history, culture and interests. Who knows…you may get invited to a part of the world you wouldn’t otherwise get to see.

I couldn’t agree more with this sentiment, and even the campus group Duke Students for Housing Reform supports this initiative as well.  In an op-ed they wrote for the Duke Chronicle –  the independent News Organization at Duke, they state that roommate preselection via social media has gotten out of hand, and that the policy will help “challenge this vague and deterministic view of human nature” that says people should only live with like-minded people.

Yet some upperclassman are worried that the policy could eventually spread to include them as well, and not just something forced on freshman. They’re also concerned that it will not include the school’s collegiate athletes – who currently all live together as a team. But is a student’s freshman year of college really the right time to throw something like this upon them?

Some experts do, in fact, think it’s the perfect time. Kevin Kruger, president of NASPA: Student Affairs Administrators in Higher Education states, “It’s a courageous move on Duke’s part,” and adds that guiding different students together can and will “create opportunities for dialogue.”

Tim Foster, the Dean of Student Affairs at Bowdoin College – which has been assigning freshman random roommates for some time now, has seen the many benefits from having different students live together. He states,

Essentially what makes the residential experience special is the ability to live in close proximity within one another, and it’s an educational experience of who you surround yourself with…it’s shortchanging the opportunity to mix it up and stretch yourself.

Making it through your freshman year of living with a stranger is by far one of the most memorable experiences one can have at college. Of course there will be difficult days (and nights), plenty of debates and disagreements about big things and not so big things, and I’m sure a whole lot of awkwardness involved for both parties. But there will also be many opportunities for learning and practicing conflict resolution, negotiating opportunities, lessons on compromise, and experiences where both students learn the value of finding common ground first and then building on that.

And one more thing…when these students have the great realization on their first real day out in the workforce that their new boss is not going to ask them who they prefer to sit next to at the office and in meetings (and on airplanes, conference centers, dinner tables, etc.) just think how great it’s going to feel to them when they can tell themselves, “I was once able to live in a 10X10 foot room in total harmony with a total stranger and my complete opposite for a whole YEAR, so I know I can do this.”

Random Roommates Only – Inside Higher Ed

With many colleges opening in August parents are once again getting prepared for drop-off day. You may be thinking about what to buy for their dorm room or what to say to them as you leave, but we want to touch on a few practical matters you should consider before you drive away. Not all…

I remember the afternoon I taught my daughter to ride her bicycle without training wheels, running alongside her with my fingers curled around the back of the seat to make sure she didn’t fall.  I can still see it in my mind’s eye.  What I remember most vividly, though – what I can still feel–… 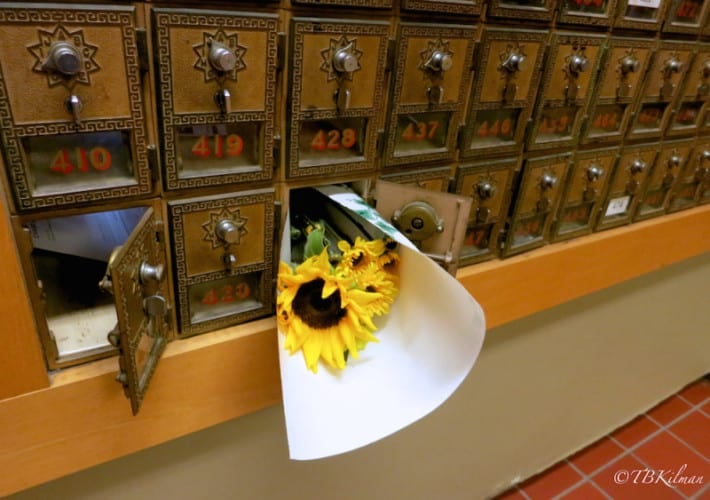 My daughter left for college last August. This is the letter I gave her during our last family dinner at home. We laughed…we cried…and surprisingly, we let her go. Dear Daughter, Don’t go. Love, Mama A letter to my daughter before freshman year Dear Daughter, No, of course that’s not my message to you. That… 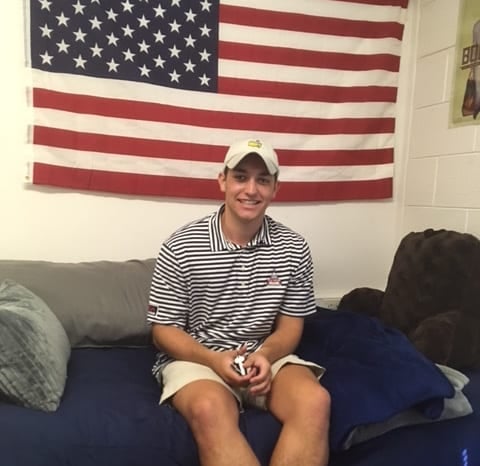 There I was, two nights before move in day relaxing in bed and about to fall asleep when the soft and fuzzy feeling previously associated with leaving suddenly disappeared. My mind flooded with all the change I was about to encounter as a college freshman and people who would be left behind. No one warned me…