A college sophomore writes a letter to her younger self to help her understand her bother’s drug addiction.

One stormy night you will be sitting in your room watching “Grey’s Anatomy,” and you will be conscious of the lightning outside. It won’t be long before you realize that some of the “lightning strikes” are red and blue rather than white. The lights will draw you to the window, but when you realize you can’t see anything, the interest will guide you down the stairs to see the fire trucks and ambulances in the street. Because of your curious nature, you will wonder if something happened to the neighbors, but a gut feeling will tell you that is wrong. 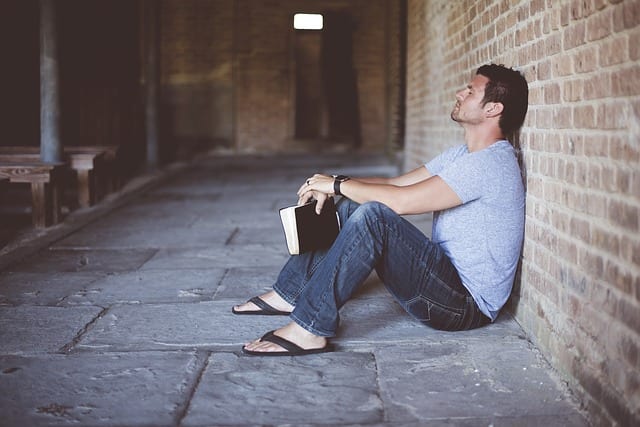 The fear of what you believe is going on will shove you out the door, while you persistently reassure yourself that it isn’t your brother. As you walk up to the scene, you will see the person lying on the ground and blood on the sidewalk from where their head hit the cement. That is the moment where everything will take on a dream-like quality; every sound, including the sirens, will seem miles away. The paramedics will ask you questions – Do you know this man? Where are your parents? Do you know if this man does drugs? – but you won’t remember even opening your mouth to answer any of them until you finally feel your dad’s hand on your shoulder. You will ride silently to the hospital where you will be informed that your brother, someone you used to look up to, has overdosed on drugs, and you will wonder how things ever got this bad.

But let’s rewind a few years. It will be a little after your eighth-grade year when you realize that things in your home are different; it’s probably been going on longer, but you’ve been so absorbed in your own life. You’ll overhear some conversations that your brother has with your parents. You’ll notice that he stops talking to you less, and you’ll notice that your parents seem more concerned than you’ve ever seen them. It will be a few months before you make sense of all of it so I’m here to save you some trouble. A while back, your brother got mixed up with the wrong crowd and made a few bad decisions which led to the beginning of his drug usage. Of course, if I could change that for you, I would. However, we can only control certain things in life.

[Read Next: Drug Addition: This is What I Wrote To My Kids After the Funeral]

Watching him struggle the next few years with addiction will teach you what to stay away from. You will have more willpower than your friends could even imagine having, and this will mature you far faster than those around you. It will teach you not to judge people because before him, you had a preconceived notion that all drug addicts were homeless, good-for-nothing people, but you will begin to realize that that is not the case. Overall, one of the more important things that your brother’s drug addiction will teach you is to cherish each day because tomorrow is never promised. Living with a drug addict is unpredictable and quite scary. You will watch your role model change into a violent and aggressive person because of his addiction. Not only do you begin to see death around every corner, but it will begin to have other effects as well.

That’s why I’m writing this letter – to warn you of your brother’s drug addiction because it will soon become a focal point of your life. Unfortunately, I didn’t have someone to guide me so I’d like to give you some advice on how to get through it.

What you should understand first are a few things about mental illness and drug addiction:

1. Twenty-three million Americans are currently addicted to alcohol or other drugs.

2. Addiction is in fact a mental illness. Addiction changes the wiring of the brain which is responsible for impulse control despite the consequences that follow drug abuse.

Mental illnesses, including drug addiction, affect millions of people every day, and because society holds such a strong stigma against these things, I’m here to help you make sense of all of it. We live in a society with such a negative connotation associated with the words, “mental health.” For example, your appendix will rupture in July of 2016 right before you go to college (don’t be afraid because it isn’t as bad as it sounds). Following the rupture, you will be rushed to the emergency room for an immediate surgery, and when you wake up in the hospital room, half a dozen friends will be there with cards and flowers because you suffered from a physical illness; though when people discover your brother is a drug addict suffering from a mental illness, many people will be quick to abandon him.

[Read Next: This Teen’s Story Will Change the Way You Think About Mental Illness]

When things start to go further downhill with him, you will become swept up with society. You will become so angry with your brother that it hurts. You will convince yourself that the problem is solely due to selfishness, and that he has 100% control over his actions and what he is doing to your family. However, I feel the need to further drive the point home that he is not doing this on purpose. He is not purposely being selfish, and deep down you will know that. But because I know how stubborn you are, I know you will still choose to go years without really speaking to him. Years without speaking to your brother, who is currently one of your best friends, it’s crazy to think about, but a pivotal moment will then occur in your life.

You will get the news one day that your cheerleading coach’s brother died of an overdose, and she – being a paramedic on scene – was the one to attempt to resuscitate him. You will attend the funeral, and you will see so much hurt in her eyes. You will wonder how she never shut him out despite what he did to their family, and when the time comes a few months later, you will open up to her about your own brother. You will ask her how she never shut him out and how she didn’t abandon him like everyone else. The talk will change your life and your viewpoint on drug addiction. She will be the one to remind you something that deep down you already knew: addiction is a mental illness. She will also tell you to never let the hate overcome the love. “You can hate your brother,” she’ll say, “but never more than you love him.”

From that day on, your perspective on things will change entirely. You’ll quit ignoring your brother, and when he calls you, you will no longer ignore him, but rather answer to be sure that he’s safe. You’ll become more compassionate and understanding – in all aspects of your life – to the point where he completely opens up to you one night about what he is going through. He will tell you that he never meant to hurt you and your parents, and he’ll talk to you about how it all started.

He’ll advise you to always be wise at parties because someone will offer you a drink, maybe a little weed, and then before you know it, you’re lying on the sidewalk in front of your house, half-dead, watching your family cry. You’ll be so moved by this conversation that you will cry for hours and be furious with yourself for ignoring and shutting him out for so long. However, it will be a lesson learned. You will change things before it’s too late. You will learn so much about life because of his situation and your relationship with him, and in the end, it will only make you a better person.

All in all, my final advice to you is a few simple things:

1. Never let the hate overcome your love for your brother. Love unconditionally even when you aren’t sure that he deserves it.

2. Forgive him for all that he’s put you and your family through.

3. Trust and believe him when he says that he is trying his best and wants to get better.

5. Don’t shut him out no matter how badly you want to because you’ll come to learn that you’re one of the reasons for his recovery, and

6. Always keep the faith that one day you’ll have your best friend back and all will be okay. Like your mom always says, “this too shall pass.” Rachel McNickle is a sophomore at the University of Pittsburgh. Although she is very passionate about reading and writing, she has chosen to major in Exercise Science due to her love for exercise and fitness. Some of her other favorite things to do include spending time with her family, walking her two beautiful dogs, or visiting new museums with friends. We Do Puzzles, We Negotiate the Next Meal, These Are Our New Plans