It was the damn baseball pants that did it.
I was putting the detergent away in the laundry room, reached up to opened the cabinet and your old baseball pants tumbled out.
I picked them up. I have tried all summer not to cry. I deliberately avoided all the articles online about the grief around dropping kids off at college. About how hard it is to watch your kids grow up. About saying goodbye to childhood.

I filled out the forms and paid the tuition bills. I stoically downloaded the list of items you needed to bring with you on move-in day. I filled my cart at Target, paid, and walked out. I even went to orientation and took notes. Efficient and dry-eyed the whole time. I was in control.

[Read Next: What I Miss The About Watching My Kids Play Sports]

When your sister left for college I cried buckets, open and freely. All summer she and I processed her leaving a million times over. We cried at old photos and wistful country songs. We reminisced about childhood memories and discussed our fears for the future.

But with you, it was different. Maybe it’s the boy thing. Maybe it’s the second child thing. Maybe it was the struggles we faced this year, for whatever reason I vowed to contain my feelings this time and I did. I folded them up and neatly put them away on a shelf and I was fine, really, until I opened that door and those baseball pants toppled out.

It was like a wild pitch coming at me out of nowhere. I tried to dodge and duck out of the way but those baseball pants knocked the breath right out of me and finally I crumpled.

“Pull yourself together!” I whispered to myself as I stood there sobbing in the laundry room. “You have been through this before. You know what to do, what to expect. After all, it’s you people come to for help and support around saying goodbye to their college kids. Don’t you just pat them on the back and say, ‘Oh, don’t worry so much! He/she will be fine!’ Then you joke about how the college kids are home more that they are gone and you don’t even have time to miss them…”

You miss hearing the little creak in the bed across the hall as they turn over in their sleep.
You miss yelling at them to hurry up or they will be late again for school.
You miss seeing them walk in the door at the end of the day, dumping their backpack in the front hall and kicking off their sneakers.
You miss the smell of too much cologne and sweaty socks.

[Read Next: 8 Things To Remember On Your Lonely Return to the Empty Nest]

I wiped my eyes. Why do I even still have these stupid pants? I thought. Shouldn’t I have put them in the Goodwill bag a long time ago? Are they too worn to pass on? Maybe I should just throw them away. No reason really to keep them…slowly, I folded them, those old, stained, ripped little pants and carefully placed them back on the shelf, shutting the cabinet door.
Damn baseball pants.

9 Ways to Breathe New Life Into the Empty Nest

My Empty Nest: What Surprised Me Most 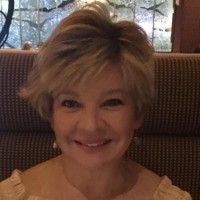 Anne Sawan is a writer, mother and hater of anything having to do with laundry. Some of her writing has been featured on Brain-Child, Adoptive Families, The Mid, Scary Mommy and Blunt Moms. Her picture book, What Can Your Grandma Do?won the International Picture Book Contest held by Inclusive Works in 2014, and was recently released in both Europe and the USA through Clavis Publishing. She also has a short story, "The Lunch Table," which was published in Chicken Soup: Inspiration for Teachers. She has several ebooks on MeeGenius (Houghton Mifflin Harcourt Company): When Santa Was Small, The Baseball Game, The Great Adventure Brothers, and The Halloween Costume.