A few weeks ago, I sat in the high school parking lot yelling at my son. The tears were coming hard and fast. I was filled with hopelessness, rage, and my heart hurt. I was about to tear my hair out; I was at my wit’s end; I’d had enough.

He had just been suspended for the second time and we were only three months into his freshman year. Smoking pot before school with some older kids he doesn’t even know seems to be worth the punishment. I felt like I couldn’t get through to him; I was struggling harder than I ever have before; I was blaming myself and second-guessing every parenting decision I’d ever made.

Where do I go wrong? I stayed home with him, I nursed him for a year, I’m present, I pick him every day after school, I support and encourage him. What kind of a parent raises such an insubordinate child?

After many hours of self-torture, and just as many sleepless nights worrying myself sick about my son, his choices, and my hand in them, I realized something: The answer to the question I kept coming back to was, a normal parent who tries really hard. A parent who wants nothing more than to see their child succeed. A parent who assumed if she did everything right, so would her children. A parent who loves their kids so much, and would do anything for them– that’s who raises a child that makes wrong choices and gets into trouble.

I have to be honest, before I had kids, while my children were younger, and way before my son started smoking illegal substances at 7a.m., I always used to blame the parent of a teenager who acted like this.

Where are that punk’s parents? They need to show their kid some tough love.

Did I ever think I would be sitting in the high school parking lot sobbing, wondering if my son was even going to make it through high school without getting expelled?

Never. It was never an option.

And I’m learning through experience my previous thought about what ‘type” of people raise trouble-makers was way off base. I am humbled by what I have been going through with my son. I always thought that kind of kid belonged to a parent who didn’t care; who didn’t give a damn; who didn’t spend enough time with them.

I always thought that kid belonged to a parent who drank too much, did drugs themselves, was neglectful, had a bad temper, or was abusive.

I always thought that kid belonged to a parent who was irresponsible, and never ready to have kids anyway.

Because I’ve never been more wrong about anything in my entire life.

That kid; those kids, belong to parents who give it their all and want the world for their children.

My son is testing the waters. He’s being legitimately disrespectful and disobedient. And I’m learning not to put all the blame on myself while I try to help him in any way that I can. He’s a teenager and is responsible for his own actions, and I am responsible for doing my part in guiding, punishing, and loving him, but that does not mean all the blame falls on my shoulders.

Right after his suspension, I asked the Superintendent if he could take some time out of his schedule to scare my son. I asked that he let my son know what he was doing to himself and his future, and I wanted him to hear from someone who has seen first-hand how many kids actually graduate who act like my son has been acting, and what their life looks like if they don’t graduate.

He did it, and I think my son heard him.

He then spent his suspension doing hard labor. No television, or communication with friends, and he is thinking about where he’s like the do the community service that I expect him to do. I told him if he doesn’t pick a place, I’ll pick it for him.

The truth is that child is still a child. That child is my child, and it could be your child. And they need just as much love and attention as a kid who makes the high honor roll, excels in sports, and never breaks one rule.

And so, I will keep on keeping. I will do my best, and I know my son and I will make it through this mess, together. Because regardless of who’s to blame here, the one thing he needs from me right now is to be firm and stand my ground. And I just can’t do that if I am wallowing in self-doubt and guilt.

*The author of this post wishes to remain anonymous

Is Your Teen Unhappy or is There Something Else Going On?

Puberty is Not an Excuse to Be a Jerk

My Teens Need Mental Health Days More Than Ever Now

My kids are only in their third week of school and things are going well. I told them that they need to start the year off strong, keep up, and ask lots of questions when they don’t know something. This year has been different from the end of last year and it is obviously different…

My son had a lacrosse tournament this weekend. He played. My husband, daughter and I went to cheer him on. In the midst of this train wreck of a year, I recognize that there are varying degrees of applause and disapproval about that decision. To quote Mumford and Sons, spare me your judgement. I don’t care whether you think I…

An Open Letter to All Our Children Who are Understandably Anxious

Dear Anxious Children, Let me first start off by saying, “I am sorry!” I am sorry that I don’t have the words to offer that will make things better and you less afraid. They did not give me a book of instructions when you were born, and even if they did, I am not sure…

My oldest child, Allison, was the kid who said she wanted to play soccer, but then made me stay within eyesight at the field, who was excited about going to birthday parties, but made me walk her in and then stay with her until she told me it was ok to go. Now in her… Six Ways Teachers and Parents Can Help Their Teens Cope

I’m a high school health teacher, and since San Francisco’s shelter-in-place order went into effect, I’ve been conducting Zoom classes with my students–entering their homes every day through a computer screen. Teaching and learning in a virtual classroom are a very different experience for all of us, so is spending all of our time at… Now More Than Ever, I’m Grateful My Daughter and I Share This

For my 17-year-old daughter, school shut its doors unceremoniously in mid-March—there would be no graduation, no prom, no senior spring break trip, just an apologetic email that the school would scramble to provide online courses and keep her occupied while at home. At the end of the note was a plea for parents to pitch… Death and grief are hard subjects for all of us to understand. We are baffled by the sudden tragic death of a young person or peer. We are unmoored by the loss of a parent or family member we thought would always be here. As adults, we’re expected to process these very painful moments, and… 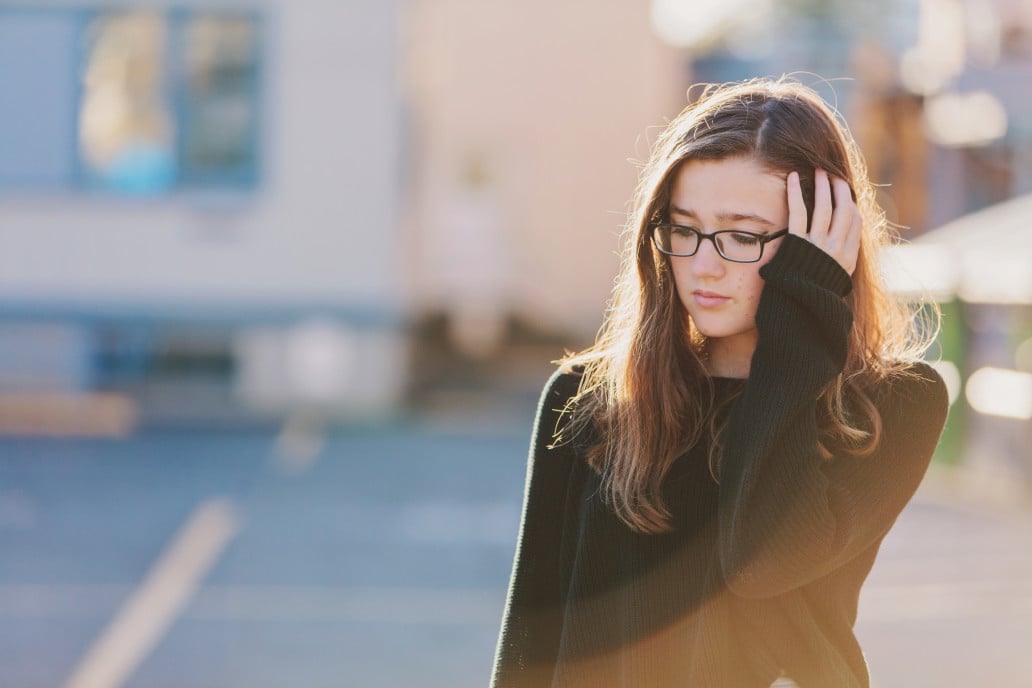 Why Stress and Anxiety in Teens Can be Healthy: A Psychologist Explains