May is Skin Cancer Awareness Month and if you want to help raise awareness for the risks of melanoma, join us in New York City on the Today Show Plaza as Defeat Melanoma attempts to go for a mark recognized by the Guinness World Records for “most people applying sunscreen simultaneously.”

To my teenage daughters: skin cancer is very real.

Ok, I baby-oiled. I’ll admit it. As a teenager, if I didn’t come home from the beach with a sunburn, I was disappointed. I cringe to think my daughters will read this now. In my defense, we didn’t know nearly as much as we know today about skin cancer. And, honestly, sunscreen use was not widespread back then. Even still, we were stupid…and we knew it. Why do you think I hid my sunburns from my father? Fast forward 25 years and I’m paying the price of sun damage on a very personal level. My father passed away from a melanoma brain tumor 15 years ago this July. We don’t know for sure, but the doctors suspect that frequent sun exposure on his back during his teen years may have spurred the growth of a malignant mole.

I remember being absolutely stunned when I learned that melanoma cells – from a mole on your skin – can randomly spread to other areas of the body, via the lymph nodes. In my dad’s case, the melanoma cells spread to his brain and formed a tumor that doctors surgically removed and shrunk with radiation. Metastatic melanoma is a super aggressive cancer and it spread fast – my dad was gone less than six months after his diagnosis.

So now I am considered “high risk” – I’ve inherited his fair skin, with lots of moles and I burn easily. I visit the dermatologist regularly (every 6 months now) and my doctor is very pro-active about removing anything that is atypical or “pre-cancerous.” I’ve honestly lost track of how many moles I’ve had removed. The latest one was categorized as one level away from melanoma. That scares the crap out of me.

I’m sharing this because I have three daughters – and like many, they want a golden glow. I’ve talked to them about the importance of protecting their skin, especially given our family history, but I don’t know if it really sinks in. It’s summer – and like everyone else their age, they are celebrating by heading to the lake, the pool or the beach.

But, I get so frustrated when I see teenagers laying in the sun.

The statistics speak for themselves. Melanoma is the second most common form of cancer in females between the ages of 15-29…and it’s growing way faster in young women than young men.  Although a very small percentage of skin cancers turn out to be malignant melanoma, the vast majority are caused by the sun and there are steps we can take to help protect ourselves.

I wish I could talk some sense into these girls trying to look tanned for their Instagram photos. A few likes and comments are not worth a lifetime of skin cancer troubles. They can’t imagine their skin ever getting sunspots and wrinkles. They can’t foresee a dermatologist – or worse, an oncologist – having to slice and dice their skin to remove cancer. They would never dream their silky soft skin will become a landscape of ugly scars and blemishes. They don’t think it will happen to them. I didn’t either.

As parents, we’ve spent summer after summer chasing our kids around with sun hats and bottles of sunscreen. Now, they’re at the age where they need to be making good decisions for themselves while at a pool party or the beach with friends.

I don’t want to be the mom who nags or rains on their parade. Hey, it’s not about hiding from the sun or living like a hermit…it’s about being smart. Here are some things we all can do — as a family — to avoid excessive sun exposure:

1.Promote activities that get you out of the sun, like going for a hike in the woods, geocaching or bike rides on shaded pathways.

2. When going to the beach, bring an umbrella or rent a cabana to give your family some shade.

3. Hit the beach early in the morning or late in the afternoon; we are big believers in getting out of the midday sun. We love afternoon siestas!

4. Encourage frequent trips indoors to go to the restroom, grab a cold drink or have some lunch (between the hours of 10-2 when the sun is strongest.)

5. Convince them to wear a hat – hats are cool!

6. Encourage rash guards and sun shirts for water sports and prolonged activities in the water.

7. Use SPF of 30 or greater and put it on 30 minutes before going outside; re-apply often.

8. Strongly discourage the use of tanning beds.

9. Point out older women with beautiful skin; comment on how they must have taken care of their skin when they were young

10. Teach by example…if you cover up and apply sunscreen, they will too

I hope this advice doesn’t fall on deaf ears. I really do think things are changing – a deep, dark tan is no longer a thing of beauty. Look at Taylor Swift, Anne Hathaway and Kristen Stewart …pale is pretty!

My dad’s case and my recent skin cancer scare has really opened my eyes. I’m so much more aware of the dangers of sun exposure and the need to see a dermatologist regularly – and for that, I am very thankful. To my daughters, and other girls who may read this…be sun smart and love the skin you’re in…it just may save your life!

Melanoma on the Rise in Young People

The Teen Brain: What Parents Need to Know Michelle Schurman is a former journalist and freelance writer based in The Woodlands, TX. Together, she and her husband have three daughters and they are gradually finding…some days fumbling… their way through the teen years. She writes about parenting teens and tweens on her personal blog, Party of Five. She is also a contributing writer at I-Am Magazine, a better living publication for women in The Woodlands, Texas. Find her on Instagram, Twitter or Pinterest. 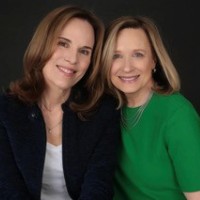 Teen Urges Others to Pay Attention to Real Danger of Vaping

Simah Herman was an average 18 year-old doing what many teens have been doing these days, vaping both nicotine and THC. Now, she is desperate for other teens to know what happened to her, in the hope that she can dissuade them from vaping and ending up as sick as she was. She shared a…

Editor’s Note: The CDC issued a statement TODAY (8/30/19) as part of their investigation into the  multistate outbreak of severe pulmonary disease associated with using e-cigarette products (devices, liquids, refill pods, and cartridges.) See below: Regardless of the ongoing investigation, e-cigarette products should not be used by youth, young adults, pregnant women, as well as…